Contemporary art comes from a range of fields of study that encourage opportunities to work in cross-disciplinary ways. Drawing inspiration from music, dance, science—including physics and biology, philosophy, literature, engineering, etc., these fields explore how different forms of knowledge meet at the heart of the active practice of reimagining the world [2].

The notion of art is constantly shifting. It is a Body without Organs, to use Gilles Deleuze and Félix Guattari’s ontological concept in which every thing has the immense, unending, and finally unrealizable potentiality to re-form itself, to become any other thing. Contemporary art finds this interdisciplinary tendency in artists who constantly do research on other fields in order to find different ways of understanding the world. From this perspective, art becomes something more than art. It is a boundless, fluid, ever-changing entity. This open-ended notion of art could stimulate us to reconsider artists of the past who did not gain much attention in conventional narratives of art history. In fact, this shift could even allow us to look at other professions in order to place them in this growing domain of contemporary art.

In this essay, I am going to write about the composer Olivier Messiaen, who is generally regarded as one of the most influential composers of the twentieth century. However, this essay is an attempt to see Messiaen not just as a musical composer but also a research-based sound artist who made new connections between musical and non-musical sources such as birdsong, modern physics, color theory, Catholic theology, etc. Messiaen’s active engagement with other fields of knowledge allowed him to deconstruct the Western tradition and to transform it into a something new. He cleared a new path by combining classical music with other disciplines to arrive at a point where the analogies in his work blurred their boundaries. What matters is not the accuracy of that research but how it affected his rhythmic imagination.

Messiaen did sustained research on time, color, and birdsong. In the first volume of his music theory book Treatise on Rhythm, Color, and Ornithology, Messiaen first describes different ways to perceive time that include biological time, cosmological time, physiological time, psychological time, Bergsonian time, and more. He goes on to write about how these ideas relate to rhythm. He rejects the linear flow of time in the Western classical music tradition. In many of Messiaen’s compositions, all moments of time are the same, and there is no clear direction in the arrow of time, as evidenced by the rhythmic motifs of his compositions. In these, time seems to flow forward and backward as he repeatedly reverses phrases of music. 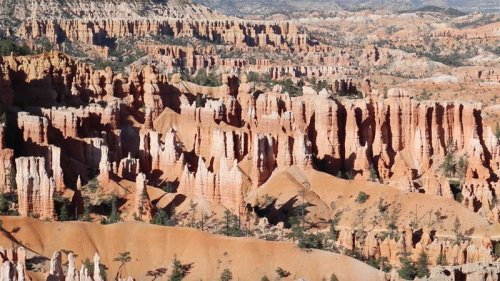 Second, colors play a crucial role in Messiaen’s music. He tried to link colors with sounds as he claimed that when he saw colors, he heard or imagined sounds–the phenomenon known as synesthesia. In Treatise on Rhythm, Color, and Ornithology, Messiaen depicted the “colors” of certain chords in great detail. In his trip to Utah in 1971, Messiaen was amazed by the landscape of Bryce Canyon, and transformed the colors of the canyon into musical notes. The result is one of Messiaen’s most remarkable pieces, Des canyons aux étoiles..., first performed in 1974 in New York. Messiaen wished the listeners to have a “colorful” experience through music. 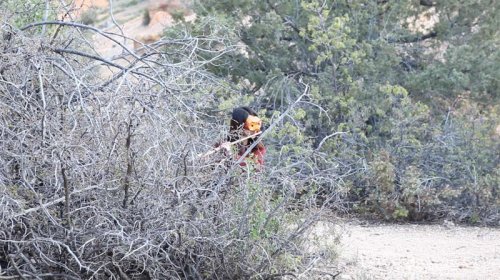 Besides his career as a composer, Messiaen was a serious ornithologist, and he traveled widely to conduct research on birdsongs. He believed that birds make fascinating rhythms, especially the blackbird. In 1952, he composed Le merle noir for flute and piano based on its songs. In Le Réveil des Oiseaux, he based the whole orchestral piece on various birdsongs. In that piece the listener hears neither the sounds of birds nor flutes, but an indeterminate mix of the two. The work evades literalness, and instead invites the listener into a blurred zone between music and nature. Messiaen considered the combined sounds of birds as a living orchestra, and grasped the birds’ perspective to look at the world of music. He embarked on an unrealizable dream to become a bit like the birds, while stepping away from human cognitive processes. In this context, what seemingly makes sense to humans does not necessarily make sense to non-human creatures. The sense of strangeness here plays a crucial role. Messiaen constructed a way of un-making sense of our surroundings. 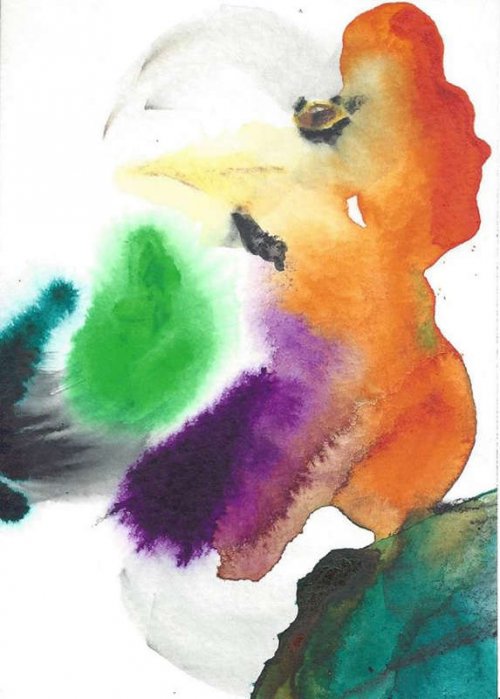 Contemporary art continually blurs the borders between creative practice, research, knowledge production, and object making. Its practitioner, the artist-researcher-philosopher-scientist, illustrates the interdisciplinary nature of art today. Now, the disciplines join together to generate a circuit of meaning through a network of shared concerns between the creative arts including music and other pursuits of knowledge and understanding. In this spirit, Messiaen’s extensive research in other fields and interdisciplinary attempts has broadened the subject of musical sound to include the world of non-humans. His process not only established Messiaen as a great musical composer but also a research-based sound artist who expanded the frontiers of music itself into new and unexpected domains.

[1] See Carolyn-Christov Bakargiev, Worldly Worlding : The Imaginal Fields of Science/Art and Making Patterns Together, in moussemagazine.it

[2] See Carolyn-Christov Bakargiev, Worldly Worlding : The Imaginal Fields of Science/Art and Making Patterns Together, in moussemagazine.it