An Exhibition as Libertarian Paternalism

Recent Novel Prize laureate in Economics, Richard R. Thaler, strongly advocates the idea of libertarian paternalism as he believes that it would lead society to a healthier place.

There is a fundamental dissonance to this term. While libertarian promotes freedom of choice for everyone, paternalism tries to make an influence and restricts freedom of choice. Thaler believes that individuals make imperfect choices. And so he argues that governments need to regulate the behavior of people minimally while respecting their freedom of choice in order to help its citizens make a better choice. For example, in a school cafeteria, a manager’s simple rearrangement of food items can affect people to choose healthier items. On the other hand, certain arrangements of food items might increase sales, while neglecting students’ health. If the manager is an architect who prioritizes students’ health, it will reduce the obesity rate among students without restricting freedom of choice. A good, ethical “nudge” will lead people’s behavior to a better sphere of a probability of choices while preserving their freedom.

Today, most group exhibitions in museums around the world seem to follow the idea of paternalism. A curator or a team of curators controls the direction of a group exhibition. This might include a theme, the choice of artists, the placement of artworks, etc. Curators deliver a unified concept through a careful selection, placement, description of artworks. In a sense, the contemporary curatorial practice might be likened to Richard Wagner’s “Gesamtkunstwerk” or “Total Work of Art.” Within this concept, different media such as painting, sculpture, and music join together to create a unified whole. In this case, the curatorial concept is an ultimate guideline that determines what have to be selected and placed. There is a clear hierarchy. A curator’s or a theater director’s voice remains the top as an authoritarian power. 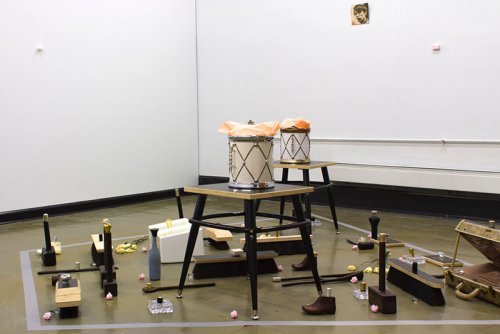 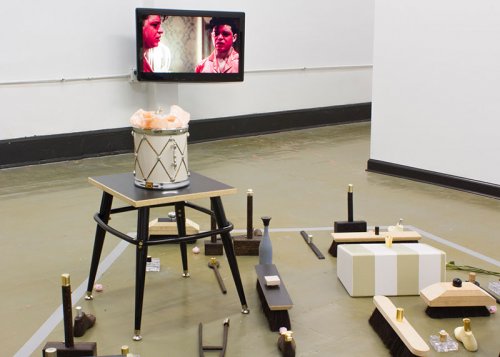 What happens if a curator applies the idea of libertarian paternalism ? What happens if a curator nudges artists in a minimal degree while letting them make a show together in a less hierarchical and deterministic manner, rather than the more totalizing model ? In the Triumph in Chicago, group exhibition “Falling for You” curated by Ruslana Lichtzier invited Catherine Sullivan, Joel Parsons, Michaela Murphy, and Christalena Hughmanick in a marathon type of way to bring objects and re-arrange them over the course of the show. Sullivan first handed over objects such as chairs, suitcases, drums, perfumes, and others to Parsons to arrange. Sullivan considered the objects as theatre props. During the run of the show, the other participating artists contributed objects and materials to space. However, the other artists did not take over space by removing the previous installation. Instead, each artist changed the arrangement as they added different materials. In this sense, the exhibition “grew” over the course of time. When each artist was intervening the pre-existing work, the public was invited to watch their acts. In this way, the actions and real-time decisions of the artists became performative gestures. And, perhaps most tellingly, the sole instruction to the artists, in this case, was a poem about love written by the curator. Neither the curator or the artists could expect with certainty how the show would change. Like love, the exhibition was unpredictable. The Triumph became a space to share, cultivate, and co-habit. In this libertarian paternalistic exhibition, freedom to change and unpredictability were preserved without any authoritarian decision. 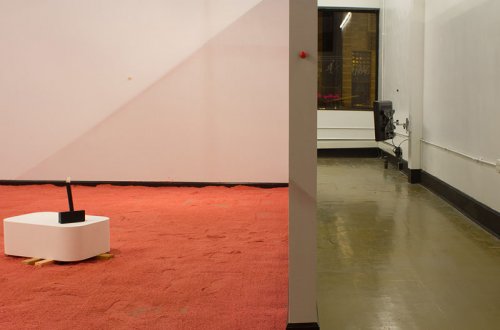 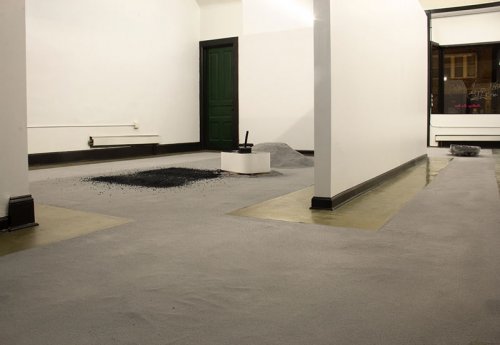 It should be said that the environment facilitated by this show also challenged the notion of authorship. Since the works were constantly evolving, the viewer could not discern which work was made by whom. The authority was effectively de-centralized. But the read was really quite simple ; in the end, it did not matter who made what. What mattered was what the artists did and how they shared. During the exhibition, each artist’s practice became porous. The porosity opened itself up and welcomed other minds to come in and change the direction of the event. The exhibition became a civic space where different voices were all welcomed. To borrow Gilles Deleuze and Félix Guattari’s concept–so much of what it was– was just about being in the world. A world in which everything has the immense, endless, and unrealizable potentiality to change itself, to become any other thing. 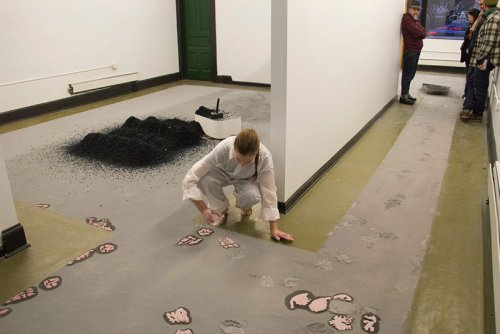 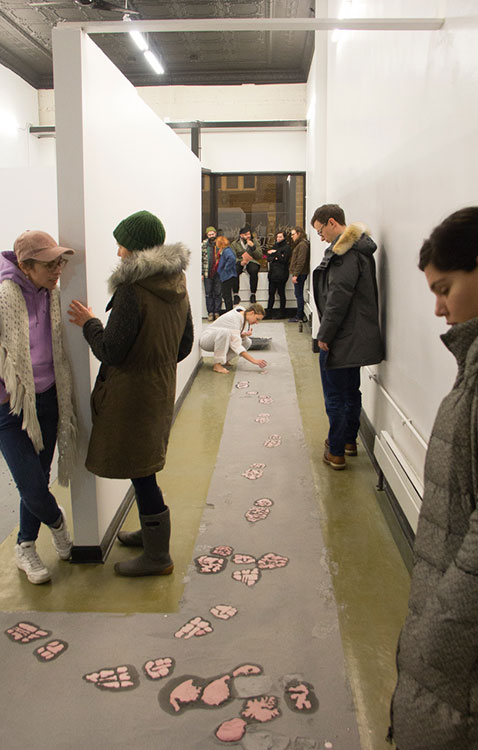