The Curatorial Innovation as Art

This essay proposes an existing but still forming concept – the fundamental role of an artist who takes the curatorial innovation as her or his primary medium.

I am going to write in a more theoretical way about how I perceive the combinatory concept between artist and curator to be : I will lay out the key concepts and distinctions that are central to understanding what I think the artist-curator as a singular term, and I will discuss art-historical and philosophical frameworks within which the artist-curator operates.

Since the history of avant-garde art rejects art’s established principles, the term “art” operates as a floating signifier, meaning that the term always slips away and eludes our grasp : there is no concrete definition on art anymore. This does not mean that art doesn’t exist anymore, but there is nothing which cannot be art. “Art” does not designate a particular sphere, not because it does not have its own proper sphere, but because it can be “everywhere” ; i.e., just after Marcel Duchamp, art can be anything. What the history of avant-garde art does is denying art as a self-enclosed, fixed, bounded whole, and this self-negation liberates art itself from its own sphere. Art becomes something-more-than- art-itself as a boundless, fluid, ever-changing entity.

In the contemporary art world, there are numerous artists whose practices are not associated with the traditional notion of art. Each of them is the artist as not-quite-an- artist as it sounds self-contradictory. This antinomy of self-identification and the inner inconsistency of the normative notion of an artist today allow us to re-consider the sphere of art in an unbounded way. The position of this concept is not “I am not an artist,” but “there is nothing which confines me just an artist.” For examples, artist Jon Rubin and Dawn Weleski’s project, Conflict Kitchen, is a take-out restaurant that only serves the cuisine from countries with which the United States is in conflict. For his project Palas por Pistolas (2008), artist Pedro Reyes collected 1527 weapons in the city of Culiacán in western Mexico. The weapons were melted and transformed into the same number 1527 shovels. The shovels distributed to public schools where people engaged in planning 1527 trees. For his Cosmopolitan Chicken Project (CCP), artist Koen Vanmechelen collects various chickens around the world, and crossbreeds them for the creation of a true cosmopolitan chicken as a symbol for the diversity in the global society. They are not merely artists in a conventional way : they are the artist as an entrepreneur, the artist as an activist, and the artist as a scientist respectively. These artists deny the confined concept of art and reach out other areas as they radically re-imagine the form of life as a creative activity.

That is to say, contemporary art comes from a range of fields of activities that take advantage of opportunities to work in cross-disciplinary ways. They draw inspiration from science, including physics and biology, philosophy, literature, engineering, etc., and explore how different forms of knowledge meet at the heart of the active practice of reimagining the world [1]. When I see these connecting tissues of various entities of knowledge, the notion of art seems to be constantly shifting and re-shuffling in a sense of Body without Organs, to use Gilles Deleuze and Félix Guattari’s concept of being in the world in which every thing has the immense, unending, and finally unrealizable potentiality to re-form itself, to become any other thing. Contemporary art finds this emerging tendency of an artist who is constantly becoming new other being. 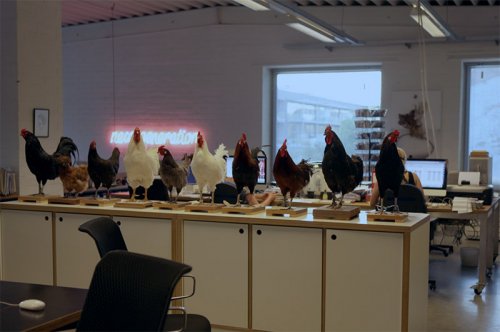 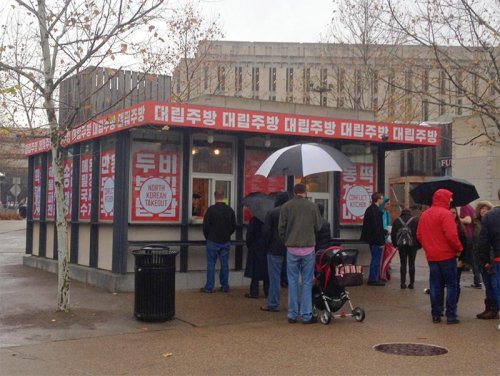 Curator as Artist and Artist as Curator

Traditionally, organizing an exhibition has been considered as a job of curators ; while artists produce art works, curators select the works and organize exhibitions. In general, curating has been conceived as a selection process, an act of choosing from a number of multiple artistic concerns. A curator’s role is to create meanings or statements by using existing works of art. Their focus is often the mode of a display, concerning an appropriate sociopolitical, cultural, historical, or natural context with a deliberately developed concept.

However, curating has dramatically changed over the last decade, becoming more and more creative, imaginative, and even artistic. The role of a curator is expanding, becoming user-friendly and reaching beyond the walls of institutions. It has evolved beyond the selection and the placement of art or artifacts in a space ; it has become about empowering the audience, collaboration, communication, and innovation. As curator Mary Jane Jacob describes in the book, Show Time, “an exhibition is now a practice of making. Exhibitions are no longer so much about selecting, but making [2].” What does she mean by making is that an exhibition today is much more wide-open and complex than it used to be. It ultimately needs an innovation at the heart of curating.

On the other hand, contemporary art finds the job of artists more and more curatorial : artists select, re-arrange, and appropriate preexisting works in order to create their own work. In his book, Postproduction, Nicolas Bourriaud observes that “an ever increasing number of artworks have been created on the basis of preexisting work ; more and more artists interpret, reproduce, re-exhibit, or use works made by others or available cultural products [3].” Bourriaud compares these artists as a DJ who has the task of selecting cultural objects, and inserting them into new contexts. A DJ re-activates the history of music by mixing and re-arranging preexisting songs in order to create his or her own DJing style. Like a DJ, artists also actively reuse cultural and social forms, applying them into new contextual meanings.

The notions of creation, authorship, and originality have been increasingly burred. What I have observed today is that the role of artists and the role of curators become more and more indistinct : they both research, select (ready-made), appropriate, experiment, contextualize, cooperate, run budgets, make connections, etc. In the 21st century, artists and curators have multiple skills, linking abilities, and flexibility. Their job is more complex than ever before.

The Curatorial Innovation as Art

The words “curating” and “organizing” are the common terms used when describing the curatorial practice. The verb “to curate” is etymologically originated from Latin “curatus” in late 14c. It refers to the verb “to cure,” meaning “to take care of.” And the verb “to organize” by definition means “to form as or into a whole consisting of interdependent or coordinated parts, especially for united action [4].” These descriptions are still dominant concerns in the circle of exhibition-making today.

There have been many shows curated by artists. The artist often collects other artists’ works or historical artifacts, put them in different contexts, and generates new meanings. We call this type of figure the artist as curator. However, the position of the artist as curator is usually “I am an artist, but I curate a show.” This position still focuses on the artist who curates rather than questioning what it means to curate. They expand the arena of art, incorporating curating into art, but not the other way around-how the curatorial practice can enter into its own revolution. Hereby, I push the notion of the artist as curator further, and propose a type of an artist who takes organizing an exhibition itself as her or his primary medium for the artistic innovation, creativity, and imagination. I call this ‘the curatorial innovation as art’- unusual or experimental ideas on the curatorial for the creation of art. In this regard, I propose the curator as ‘not-quite-a-curator’ whose position is “there is nothing which confine me just a curator.” The curator walks in the conversation of art-making, becoming an artist. I call this figure ‘artist-curator’ as a singular word- the conjoined profession between the discipline of art and the discipline of curating. While the curator still take care of the original meaning and context of the work, the artist-curator is free to mutate, multiply, melt, fuse things with other things into one single project. Being prompted by the artist-curator, different things interact with each other and transform their properties.

The idea is historically derived from German composer and theater director Richard Wagner’s idea of the Gesamtkunstwerk. Gesamtkunstwerk in English means the total work of art, a work of art that makes use of all or many art forms. In his book, The Art-Work of the Future, Wagner says : “The highest conjoint work of art is the Drama [5].” In a drama, paintings, sculptures, performances, lights, music, etc., work together as a whole. It is like different organs function together in our body, or different parts operate jointly in a car. The whole is not just the sum of the parts, but it is more than the sum : when each part helps one another, the whole operates better than the mere collection of the parts. This operating whole cannot be separated into the parts anymore. A theater director considers every aspect of different thing together in order to conduct one play. Like a theater director, the artist-curator deals with multiple things jointly to make one project ; i.e., the artist-curator looks at the production, the design, the economy, the social context, etc., altogether as a CEO of a company does.

The role of artist-curator is to push each practice toward openness to one another, creating nodes as various fields of knowledge re-form and cross among themselves. Diverse disciplines fuse in the formation of a single project, considering how they intersect with and affect each other materially, formally, and conceptually. In the process, various and variable things collide, morph, evolve, and integrate into one. Philosopher Gilles Deleuze describes a similar concept in the poetic metaphor of an assemblage :

What is an assemblage ? It is a multiplicity which is made up of heterogeneous terms and which establishes liaisons, relations between them, across ages, sexes and reigns – different natures. Thus the assemblage’s only unity is that of a co-functioning : it is a symbiosis, a ‘sympathy’. It is never filiations which are important, but alliances, alloys ; these are not successions, lines of descent, but contagions, epidemics, the wind.

It is making an assemblage that is not just about finding a common among different disciplines, but creating a new DNA of an entirety by melting and fusing different DNAs of things.