For the first time in Korea, O’NewWall E’Juheon presents a solo exhibition by Suzanne Anker, a pioneer in Bio Art working at the intersection of art and the biological sciences. 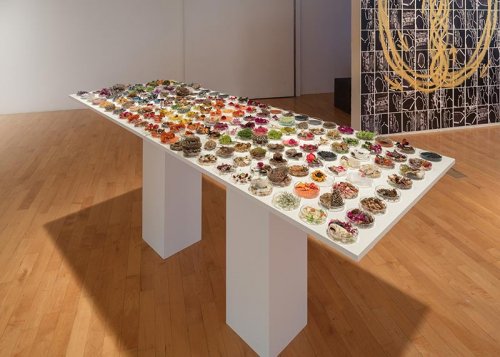 Anker works in a variety of mediums ranging from digital sculpture and installation to large-scale photography to plants grown by LED lights. One of her main works, Rainbow Loom (Korea), is a series of arrangements of organic and inorganic objects in Petri dishes. The Petri dish, like a Rorschach inkblot, or DNA’s double helix, has become a popular cultural icon. While denotatively, the Petri dish is a covered glass plate used in scientific laboratories, connotatively, it alludes to something brewing under investigation. In this real or imagined container a concept or a substance, if allowed to ferment, will sprout its hidden dimensions. From seeds, to politics, to toxic environments inside, such a dish brings forth a host of arresting results. Employing many Petri dishes, Anker arranges the natural and artificial objects by color, from red to yellow to green to blue to violet. For this show, Anker uses Korean grocery items and manufactured products, as a way to understand specific cultures in the global economy. 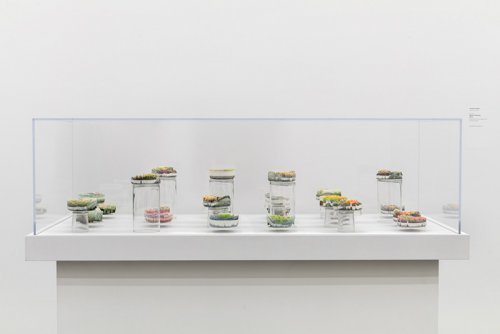 Remote Sensing is a series of 3D printed rapid prototype sculptures. These pieces appear as rocks, minerals or even landscapes at first, gut they are the result of the displacement mapping from a photographic image. Remote sensing is a term which refers to new technologies which can picture places that are either too toxic or politically difficult to visit. Using state-of-the-art Satellite data, remote sensing apparatuses are employed to computationally image such spaces. As an extension of digital photography, these images garner information electronically in order to eclipse onsite investigations. 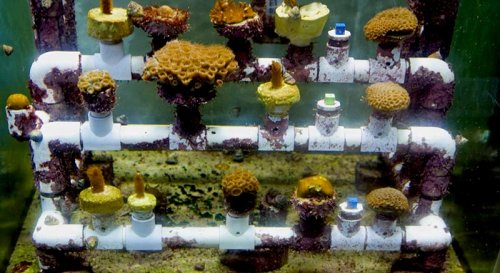 Genetic Seed Bank is a video animation produced during a trip to the Mote Tropical Research Laboratory in the Florida Keys, where Anker was introduced to specimens of coral in glass tanks. Concerning this project, the artist expresses her interest in genetic information as a decisive tool for investigating life forms and their relationships. Many genomes of both animals and plants have not yet been deciphered and coral is one of those species. Additionally, coral reefs and the ocean life they support are under extinction due to global warming.

Carbon Collision of the Diamond Mind is an installation work composed by metallic-glazed ceramic sculptures. Visually referencing meteorites, the project "points to how little we know about outer space and the imaginary dreams that may be located there. This piece also invokes aspects of chance and flux and how such collisions are beyond our control.