Humans have five types of brainwaves : Delta, Theta, Alpha, Beta, and Gamma. Different levels of frequencies determine the types. For examples, Delta waves range from 0Hz to 4Hz. Beta waves (12 Hz to 40 Hz) and Gamma waves (40 Hz to 100 Hz) have much higher rates. Each range of frequencies indicates a different state of the human mind. Delta waves are associated with deep relaxation and sleep. Theta waves indicate a trance-like state such as daydreaming. Alpha waves lie between the conscious state and the subconscious state of mind, such as being in deep meditation or nature. Also, Beta and Gamma waves are found in awake humans with higher cognitive activities.

Road Test, Hiking Test (2019) was a project that I created, commissioned by the Total Museum of Art in Seoul as part of a group exhibition titled “A.I. 632.” The project consisted of two performance events that explored how the brains of two choreographers respond in different situations. Two choreographers wore EEG(electroencephalogram) machines that recorded electrical patterns in the choreographers’ brainwaves while they were improvising their movements in two different locations. The project attempted to reveal how nature and city-like space regulate our mental space and the choreographers’ actions. 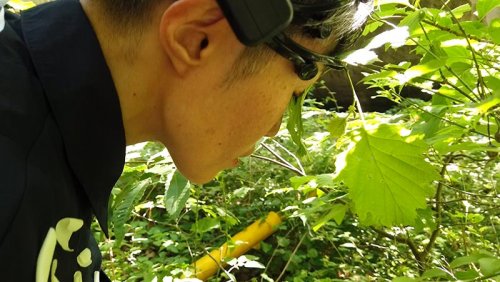 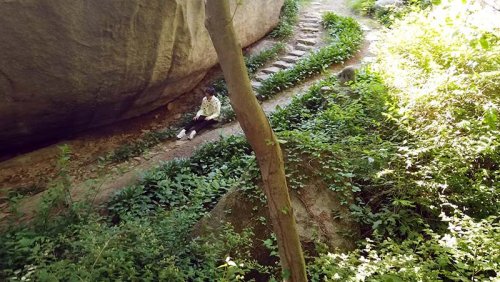 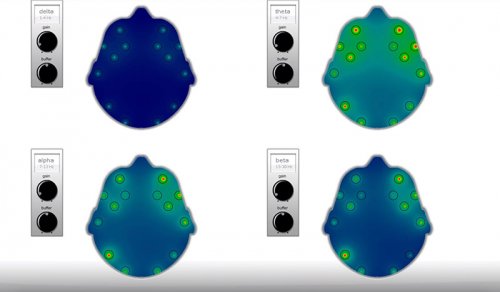 First, the Hiking Test focused on human brains on nature. Being in nature lowers our stress According to a psychological process called “attention restoration theory (ART),” nature allows the prefrontal cortex, which is the brain’s command center, to rest down as a result of interaction with a restorative environment. During the Hiking Test, the two choreographers followed a trail in a mountain without any rules, expressing the sense of freedom through their improvised movements while feeling, smelling, and sensing their surrounding. Olfactory and tactile sensation joined together to form a meshwork of connectivity and then transformed into motions. The recorded brainwaves during the Hiking Test look comfortable and restful. The EEG machine captured lower activities in their “midline frontal theta waves.” Their Beta waves were low as the screen of the brain activities showed more green and blue. 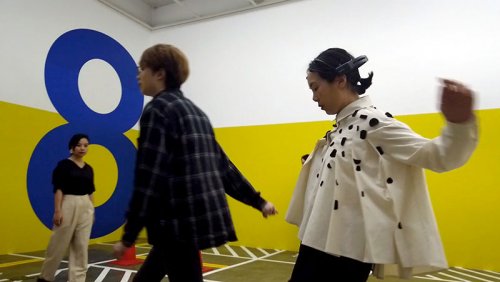 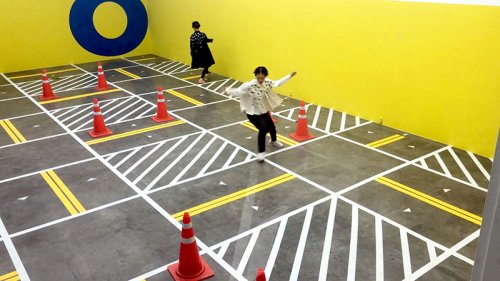 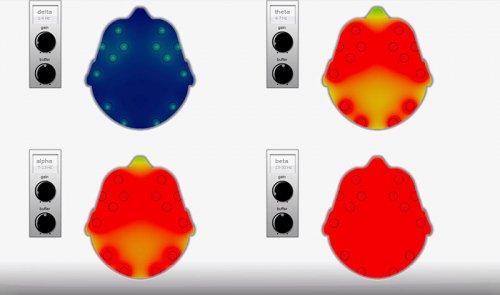 On the other hand, in the Road Test, the choreographers faced lots of rules in a gallery space that resembled the road in a city. The choreographers’ actions were limited as they had to follow the rules. This city-like environment bombarded them with many stimuli such as traffic, signs, regulations, and other audiences on stage. A widely distributed brain network was seen, especially when making turns and interacting with other people at the intersections. The performers’ Beta waves were highly activated in most areas during the event as seen more red in the screen .

The audience who attended both events had opportunities to not only look at the choreographers’ actions and brainwaves but also feel their own states of mind in two different situations. They looked, felt, contemplated, and empathized with other people as their simultaneously circulating neurochemical flows for artistic experience were drawn to each other.