Lee Wan at the Arko Art Center in Seoul

Korean artist Lee Wan was one of the two artists who represented the Korean Pavilion at the Venice Biennale in 2017. Lee examines how global financial capitalism has shaped people’s lives in Asian countries.

“Capitalocene” is a geological term used by recent theorists, describing that financial capitalism has the dominant power on Earth. This means that almost everything that we know has become financialized. That is, we can tag a price on nearly everything on Earth. For example, in the state of Utah, anyone can dig for Trilobites, one of the oldest fossils on Earth, in a private quarry for fun by paying $28.00 for two hours. This means that any paying customer can easily destroy potentially important fossils by wrongly cracking limestones. The prehistoric treasures are sold just for $28.00.

This late capitalism has many negative attributes. One of them is the unbalanced distribution of wealth : Rich people are getting richer, and poor people are getting poorer. This caused the “Occupy Wall Street” movement around the world in 2011. Most people do not think they are active members of modern financial capitalism, but instead believe they are the victims of a fundamentally unequal system.

Korean artist Lee Wan was one of the two artists who represented the Korean Pavilion at the Venice Biennale in 2017. Lee examines how global financial capitalism has shaped people’s lives in Asian countries. Like Marcel Duchamp added a mustache on Mona Lisa’s face as a joke, Lee pushes back against the hegemonic ideology of our late-capitalist era with biting humor. In Made In (2013-ongoing), Lee reveals that a typical meal that the Korean people eat consists of various things made by “invisible” labors from different Asian countries. For example, we buy a pair of chopsticks that are made in Mainland China. Rice is produced in Cambodia. Sugar is imported from Taiwan. Lee traveled around these Asian countries to make everything that can be found in a typical meal by himself. For instance, Lee lived and worked for several months in Taiwan to produce sugar from a sugar cane farm, cultivated rice in Cambodia, carved wood into a pair of chopsticks in Mainland China, and so on and so forth. Lee shows how individual labors in these countries have been shaped by the global economic operation. 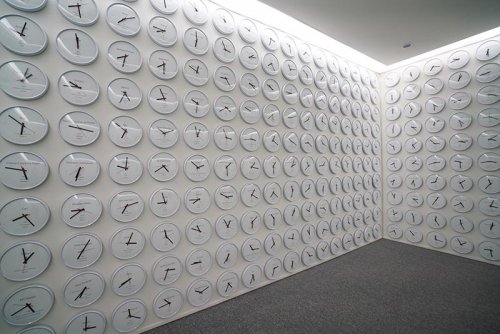 For Proper Time (2017), Lee produced over 600 clocks with names, birthdates, and nationalities of individuals that Lee interviewed. Each clock moves at a different speed based on the interviewee’s working hours in order to afford a meal. Fast moving clocks mean that the individuals are rich. The slower clocks represent individuals with lower income. Global capitalism lets individuals’ psychological time run in different rates. 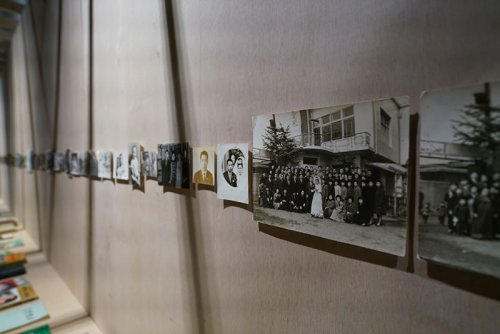 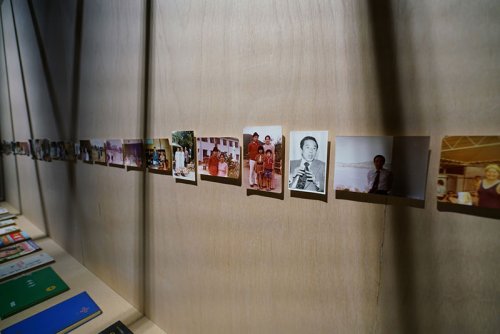 In Mr. K (2017), Lee consists of 1,400 photographs of a personal archive of Mr. K, a deceased journalist, who lived the Japanese imperialism, the Korean War, and fast modernization of Korea. Mr. K’s personal memories in the photographs reveal the larger history of Korea as well. Lee purchased these 1,400 photographs of Mr. K’s just for $50.00 in an antique market. An entire history of a person and the nation were sold just for $50.00. 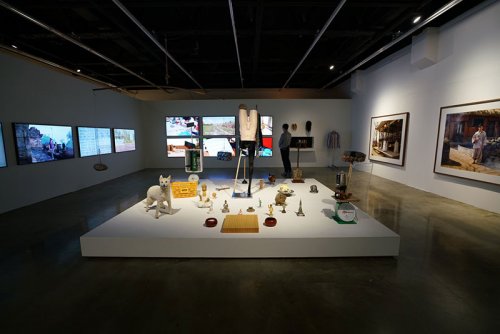 For Product (2015), Lee collected various miniature religious statues that can be easily found at souvenir shops. Each miniature statue has a price tag on it. For example, a Buddha statue has a $5.00 price tag. By keeping the price tags, Lee cynically reveals how religious values have become cheap consumer items of the financial market around the world. No matter what it is, people sell. That has become our purpose of life.

The cultural value determined by capitalism that Lee points out has critical potential to change existing regimes and encourage transformative changes in society as it has an ameliorative promise.