New York City’s 2018 spring is full of contemporary Asian art. This means that it is rare to see so many Asian artists in New York City at the same time. Suivons Jaewook Lee dans cette exploration.

White males are still dominant in the New York art scene. A recent study says that 80.5 percent of artists represented at 45 top galleries and museums in New York City are white, and 70 percent are male [1]. However, New York City’s 2018 spring is full of contemporary Asian art. This means that it is rare to see so many Asian artists in New York City at the same time. In the beginning of April 2018, the BFA Fine Arts Department at the School of Visual Arts and the East Asian Studies at New York University co-presented Mindful Joint 2018, an international symposium that focused on contemporary Korean art. In May, MoMA PS1 presents two prominent Chinese artists Zhang Huan and Li Binyuan. Also, the Guggenheim museum shows Danh Vō, a Vietnamese-born Danish artist, and One Hand Clapping, a final iteration of the three exhibitions of Chinese contemporary art supported by The Robert H. N. Ho Family Foundation Chinese Art Initiative at the Guggenheim Museum. 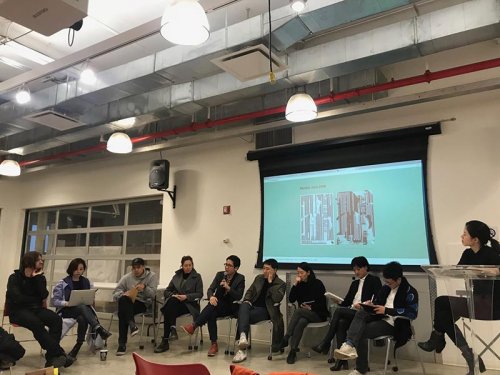 First, Mindful Joint 2018 at the School of Visual Arts and New York University brought together artists, writers and curators from South Korea and the U.S. The symposium did not attempt to define what contemporary Korean art is, nor did present a unified history. Instead, the symposium assimilated practices of prominent Korean artists to the conversations that are taking place around the world by matching professionals in the U.S. whose practices share similar interests. For instance, the event invited an artist, a curator, and a writer in the United States who knows little about contemporary Korean art. However, they can be well matched. Mindful Joint 2018 offered a meeting point where similar yet different ideas gather together and opened new ideas. Contemporary Korean art has been marginalized as an outsider of the hegemonic discourses of art. This symposium aimed to break the generalized perception of the nation to understand the complexities of practices and cultural backgrounds. Unexpected connections added new lines of narratives into the fabric of global conversations. The participants included Suzanne Anker, Boyong Chang, Onejoon Che, Isla Hansen, Jaewook Lee, Min Oh, Jaeyong Park, Goeun Song, Xiaoyu Weng, and Andrew V. Uroskie. 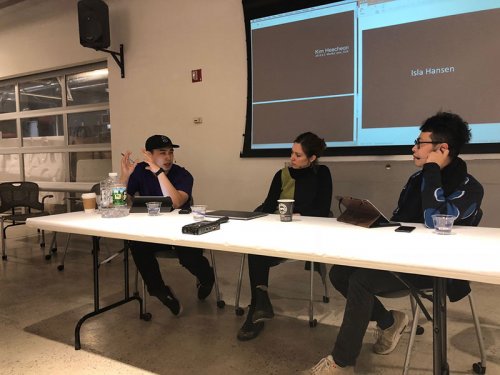 For example, Heecheon Kim and Isla Hansen presented their works together as they have similar artistic topics. Heecheon Kim is interested in how technology and the Internet have shaped the ways people in Korea think, behave, and live. Isla Hansen reinterprets and complicates the relationship between the human body and technological progress. She uses the forms of popular media and systems of production and recreates ways in which bodies connect to technologies. However, their works reflect different cultural and ideological backgrounds as one lives in South Korea and the other lives in the States. 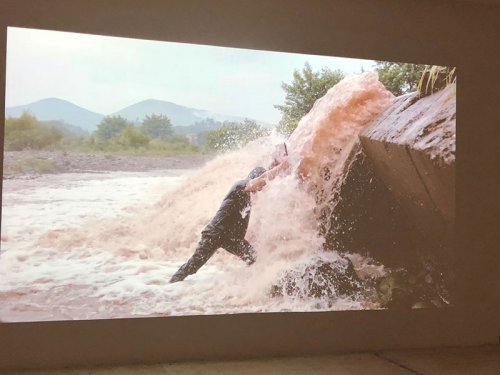 MoMA PS1 presents a two-person show that brings together two Chinese artists from different generations : Zhang Huan (b. 1965) and Li Binyuan (b. 1985). They both use the human body as an artistic medium and a political symbol. The artists generate tensions between the body and the landscape. For example, in his video, Li Binyuan stands hard against rushing water from a burst roadside dam. Zhang Huan hired performers who stacked their naked bodies on top of each other on a mountain. Their physical struggles serve as poetic tools that link between collectivism and individualism as well as the natural and the cultural. 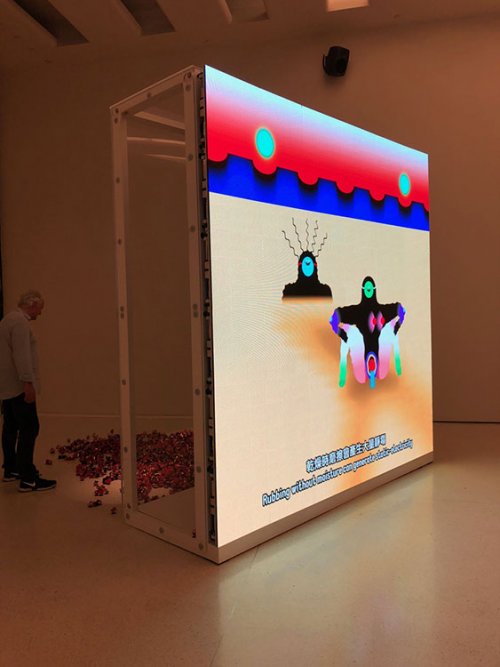 Finally, One Hand Clapping is a group exhibition curated by Xiaoyu Weng, The Robert H. N. Ho Family Foundation Associate Curator of Chinese Art, and Hou Hanru, Consulting Curator, The Robert H. N. Ho Family Foundation Chinese Art Initiative and supported by Kyung An, Assistant Curator, Asian Art at the Guggenheim. The exhibition presents newly commissioned works by artists born in Greater China. The geographic regions of Greater China include Mainland China, Hong Kong, Macau, and Taiwan. The participating artists are Cao Fei, Duan Jianyu, Lin Yilin, Wong Ping, and Samson Young. Curator Weng states that “the artists in this exhibition explore how globalization affects our understanding of the future.” While the two previous exhibitions focused more on how artists revisit the past of the regions, One Hand Clapping re-imagine the future. The future presented in this exhibition is quite complicated ; it is both romantic, crazy, absurd, raunchy, fun, melancholic, etc. 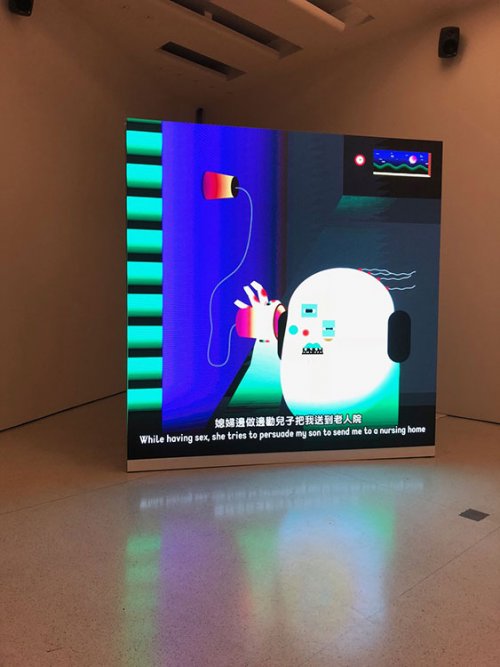 For example, artist Wong Ping has developed unique imagery that reminds us of early video games and comic books. His animation shows silly stories of sex, politics and social relations. However, his raunchy absurdity somehow makes perfect senses as it reflects our contemporary life that consists of full of ironies.