The aesthetic and scientific problem of ’vision’, understood as the possibility of thinking images, arises in the nineteenth century.

In 1931 Benjamin wrote : “The nature speaking to the camera is [...] a different nature from that speaking to the eye ; different especially for this, that instead of a space elaborated consciously by the man, there is a space unconsciously processed ” [1] ; to say that while before the invention of photography the image of reality was necessarily an artifact molded by observation and human manual skills, since 1839 it becomes the product of technical sophistication of machinery. 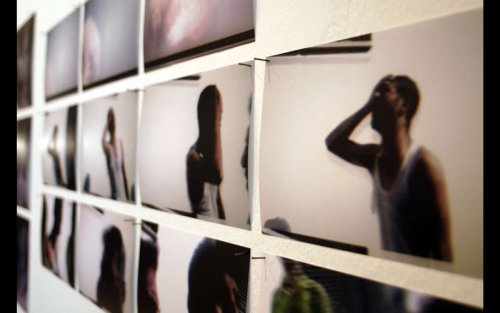 As time goes by, things seem to have been further complicated : the semantic shift undergone by the word video - term that in the Latin world meant a sovereign ability of every living being, and now designates the technological potential of a mechanical object - reminds us how electronic means such as film, photography, television are able to offer the total innovative possibility of exploring the world and, through the electronic manipulation, even to take action on it. 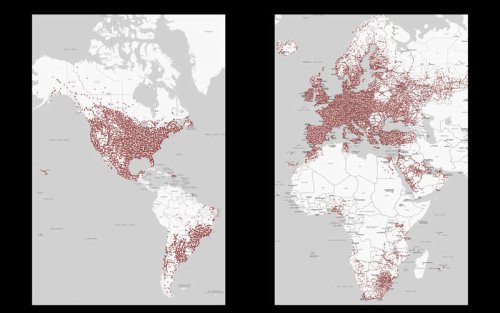 Nevertheless, the result of this progressive emancipation of the shooting mode for the world, far from al- lowing an erosion of existing distances between reality and its representation, confirms more insistently the non-naturalness of the vision : as a matter of fact, images are still ’representation’ in which the real is posed to offer a spectacle of himself very often annihilated by logical political, cultural and economic requirements. “Reality is made more intelligible, but only as a representation” [2]. 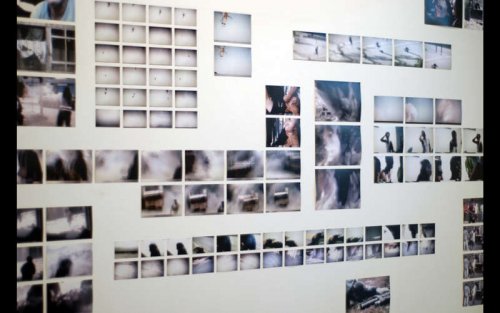 The dangers that lurk in the folds of this apparent reciprocity between the real and his portrait are under in- vestigation in one of the last works of the Italian artist Pier Paolo Patti, presented for the first time on the oc- casion of the exhibition at ’La Villa des artes’. In Wor(l)dless, the 200 frames printed on photographic paper, the video only survives as a simulacrum : the narrative tape that winds in front the viewer’s eyes, in fact, is the result of cuts and theft of documentation campaigns concerning geographies into conflict, which know- ledge is always offered behind the filter of a necessary partiality in order to legitimate the equilibrium of the world. Disassembling and reassembling a story told through images, Patti unmasks the ganglia and the gears of the ’machine of consensus’ and offers a new perspective from which to observe the horizon of historical events, calling for a greater refinement of judgment. A judgment that becomes close, private, that explo- des into a wider reflection on the pain in his Quaderni where, as in a diary, are collected photographs, dra- wings, notes, crossed by a long unbroken red line, similar to a flatlining electrocardiogram or to Unmei no akai ito, to remember how much pain combines the destiny of peoples divided by the violence of war. 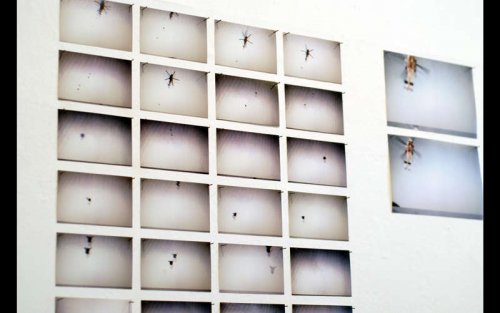 While in the work of Pier Paolo Patti the video is measured with the reasons of communication, in Ciro Vita- le’s L île des Morts the comparison is with painting and its ways of representation and exploration of reality. As the title suggests, the reference is to the famous painting realized in first version by Arnold Bocklin in about 1880, where the issue of the passing away becomes omen for a bigger question that reflects on the transience of life and leads us to confront the greatest fear : the death. The path that leads to such a compa- rison is sprinkled with symbols through which it fully accepts that possibility for the painting to ’represent’, thus superimpose and weld together signifier and signified. The cancellation of any semantic distance between the two poles of language is declined by Vitale in order to alterate the customary diachronicity of the mean video, which is functional to restore the truth of the contemporary drama of immigration : the viewer starts a visual journey from a perspective similar to that which you would have if you were on a boat in the sea ; the island in the distance appears as a promise of the future. Progressively, however, the possibility of a safe landing and a safe refuge decreases, becoming spectrum and then hallucination, disappearing entirely : all hope wrecks and sinks along with the bodies of the many that Vitale commemorates with his sea salt sculpture depicting a skull.

The last piece of this ‘four hands’ reflection are the Geographies of opulence, that seems to escape from the pages of Patti’s Quaderni, sealing a continuous play of correspondences and references that even the exhi- bition set up choice seems to tell. 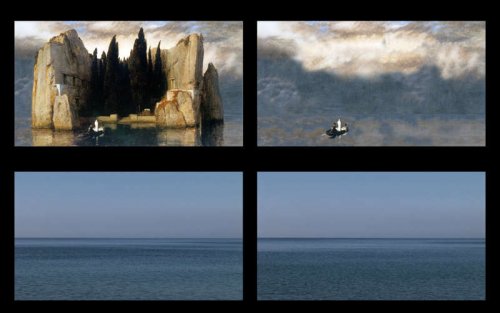