Accueil > Les rubriques > Images > A map between order and chaos

A map between order and chaos

The uncanny nature of image : the art by Salvatore Arancio

Las Italias hosts for its tenth issue the complex imagery of Salvatore Arancio, where myth and science, form and substance are never what they seem.

Salvatore Arancio’s works are a continuous exercise of orientation for the viewer. Orientation in space, time, dimensions of the existence, which may include - geographic and cultural - coordinates that could be very different.

Born in Catania in 1974, Arancio accomplished his education in London, where he permanently lives. His research explores different and conflicting territories such as nature, artifice, science and mythology, on which attraction or curiosity about specific elements - historical or scenery - connected to the places where the jobs are displayed are often engaged in.

The very unique creative universe of the artist finds its expression along these directions ; it is built by an eclectic mix of characteristics, ranging from art to philosophy, from movies to music, passing through science. Characteristics that find very different reference spheres, as the scientific view of Athanasius Kircher (1602 - 1680), the German Jesuit scholar and scientist who was interested in - among other things - Volcanology, or the view of the scientist and artist Ernst Heinrich Haeckel (1834 - 1919), author of hundreds of detailed illustrations of animals and sea creatures ; or even the films by Stanley Kubrick (1928 - 1999), the clear geometries of the Bauhaus and Constructivism, and finally the experimental music and the electronic sounds of the English composer Delia Derbyshire (1937-2001).

This richness and complexity are the origin of the video trilogy Skells (2006 - 2007), whose animations are realized through digitally re-edited Nineteenth century scientific etchings. 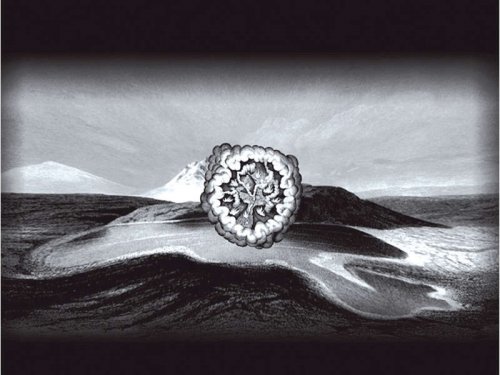 The trilogy is inspired by the violent eruption of Mount Mazama (Oregon, USA), which took place about six million years ago, and it well represents the artist’s interest in the old scientific illustrations (of which he is also a collector) and shows a connection with his childhood years and education, spent at the feet of a volcano which is impossible to ignore such as Etna. 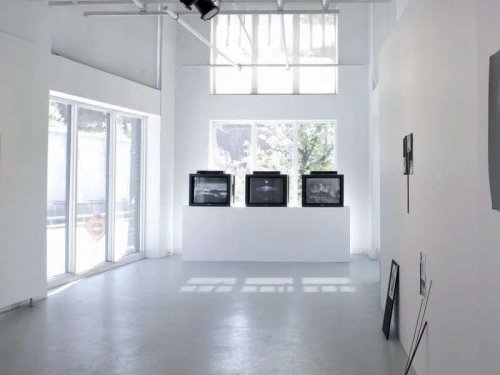 The focus on natural phenomena and in particular for volcanic ones returns in Nuee Ardente (2009) an animation video inspired by the eruption of Mount Pelée (Martinique) in 1902 and in Wonders of Volcano (Rome, 2011), his first artist’s book which is set up as a faithful reconstruction of the Victorian volume of the same name written by Ascott R. Hope and printed in London presumably in the second half of the Nineteenth century. 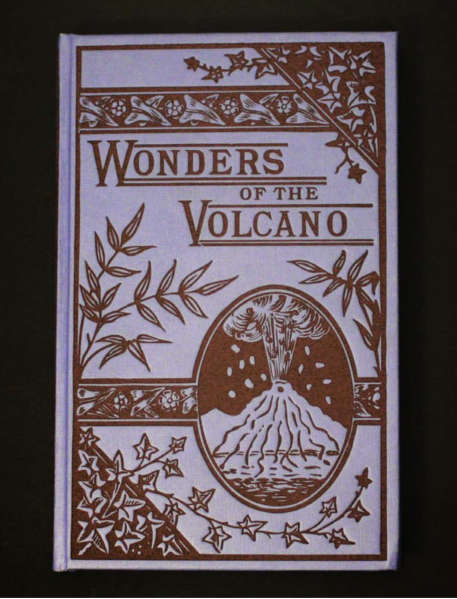 While the original text written by Hope for the first edition is left unchanged, the original images in the book are reworked by Arancio, who changes their scientific and documentary function and adds two original works. 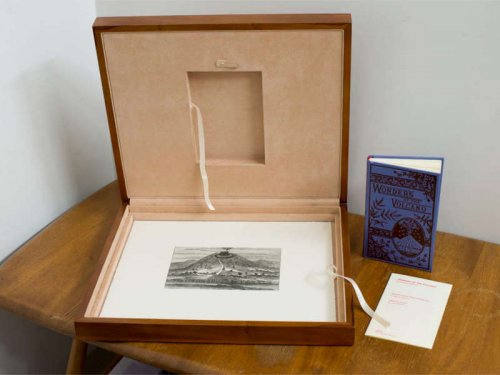 The description of the natural wonders of volcanoes, which inevitably conveyed the limited scientific knowledge of the time and the Romantic mood in which it was made, combines then with the manipulation of the images created by the artist, which decontextualizes the original volume, making it the documentation of a non-existent past and creating a dissonance between past, present and future that places the work in a timeless dimension. 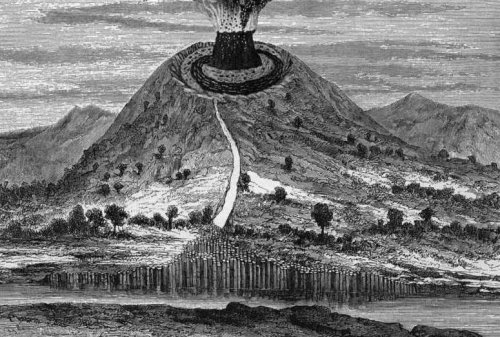 Science is a primary source of inspiration also for Coil (2009) whose roots ground again on scientific etchings of the Nineteenth century (this time dealing with the first experiments on plant transpiration), which are combined - through the pun within the title - with the rotary motion of the coil and with the experimental music group with the same name founded by John Balance and Peter Christopherson.

The alienating effect obtained through the de-contextualization of the engravings and the combining them with absolutely contemporary references come back in works that move away from the old naturalistic connections, as in Sentinel (2009), a video which incorporates The Dawn of Man or the opening sequence of Stanley Kubrick’s film 2001 : A Space Odyssey, taking away the hominids from it. 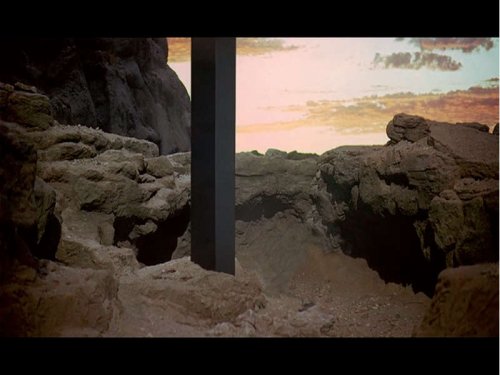 The title comes from the short sci-fi short story written by the co-author of 2001 : A Space Odyssey, Arthur C. Clarke. The rarefied and suspended atmosphere of the video belongs to the poetics of Arancio which intends to provoke in the viewer a feeling of attraction and fear, to emphasize the sense of disorientation induced by the images.

The boundary between science and myth, along which the Arancio’s works move, is gone over by the myth in Shasta (2011), a dual screen video installation originally shot on Super 8, inspired by the homonymous inactive volcano located in California. 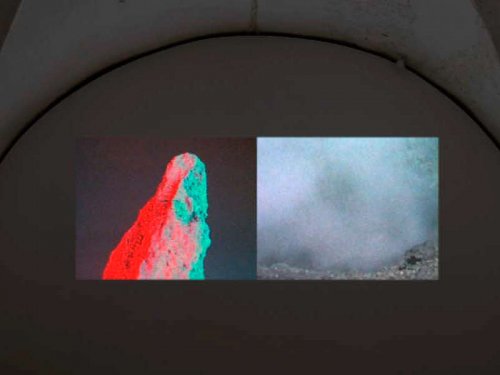 In the video the elements make up a kind of visual and aural poem with a deliberately epic tone, related to the mystical nature of the place, which is present in the Native Americans legends, which consider it as the backdrop of a struggle between good and evil [1] and in the following ones, it is believed to contain a city made of crystal [2] inhabited by the survivors of the ancient lost continent of Lemuria [3] or that it is a place of contact with extraterrestrial civilizations, and finally it is a cornerstone of the religious group "I AM" activity 4 [4]. 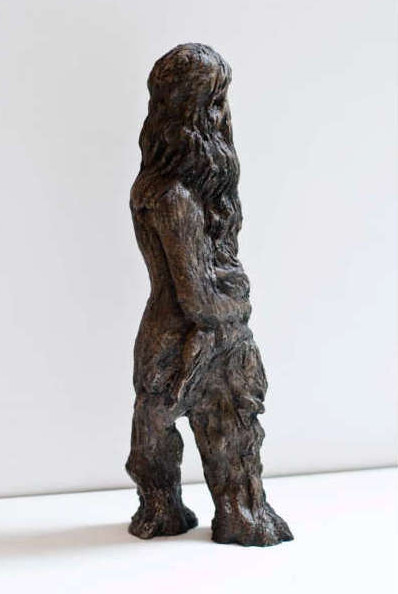 Along the same path we can find Luffah (2011), a huge photo-etching which reproduces the homonymous sculpture by Arancio. The title they share draws on the Arabic word for the mandrake root, a plant which has always been linked to esotericism and magic, that was used ab antique for its hallucinogenic effects. 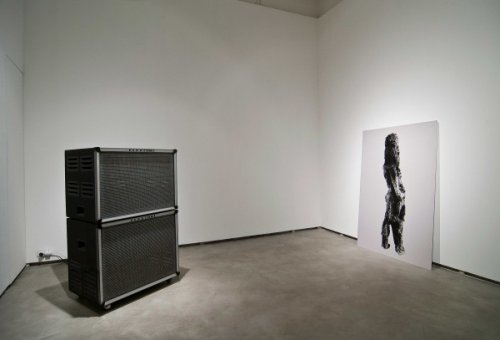 The mythical and the scientific dimensions are also found in the sculptural works by Arancio, inspired by mycology and geological formations created by volcanic eruptions, such as the fairy chimneys or lava trees. 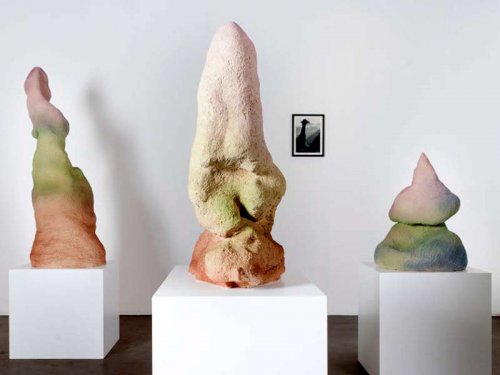 The sculptures appear suspended between a mystical dimension, referred by the hallucinatory effects of certain poisonous mushrooms or the symbolic rock as dolmens and Stonehenge, and a natural one, linked to their biomorphic shapes, sometimes explicitly sexual. 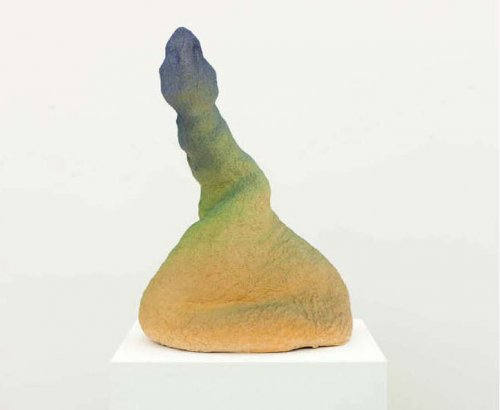 The mystical and magical elements are constantly blended with references to science, although it may appear to be "manipulated" by the artist himself, and they create an uncertain horizon, suspended in an ambiguous dimension, which is stimulating and utterly uncanny and rattles and displaces the viewer. 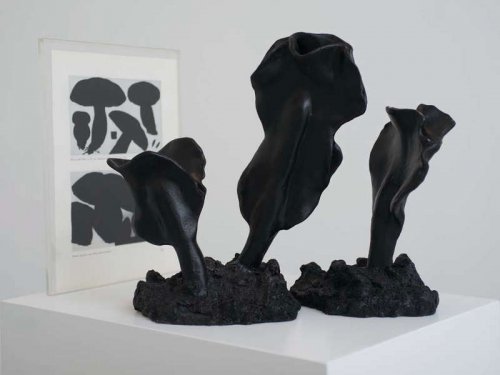 This ambiguity often uses a suspended time dimension, as in the case of Birds (2013), made at the zoological museum in Bologna, during a residency at the local Carlo Zauli Museum. [5].

The video, shot in Super 8, takes a subjective shot of the individual specimens and their location in the space, accompanied by the experimental music of Expo ’70, aka Justin Wright, a Kansas City composer.

The uncanny effect, the contrasting feeling of attraction and repulsion, fascination and fear goes along the tracks of a mystical and Panic nature, as opposed to an objective view in which the artist continually introduces disturbing elements : the scientific classification loses its universal validity, symbols crumble in the prosaicism of the forms, nature is altered by human projection of abstraction, as in the case of Où le soleil recompose sa géométrie de lumière (How the sun recompose his light geometry, 2012), a picture of the Alps on which are superimposed geometric shapes. 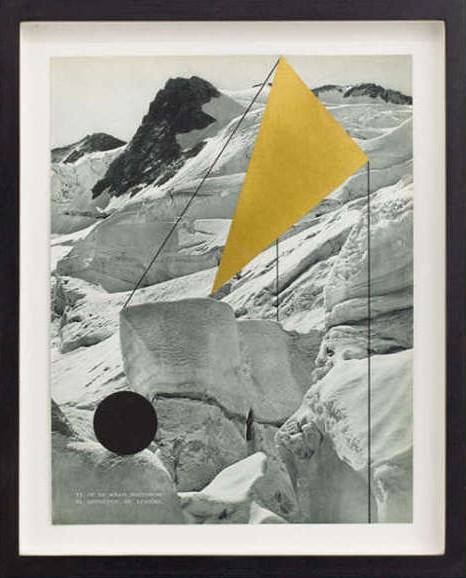 The same uncanny effect is sought in the works of the exhibition Hidden (2013) which are the result of a residency at the Centre international d’accueil et d’échanges Récollets in Paris during the autumn of 2013. 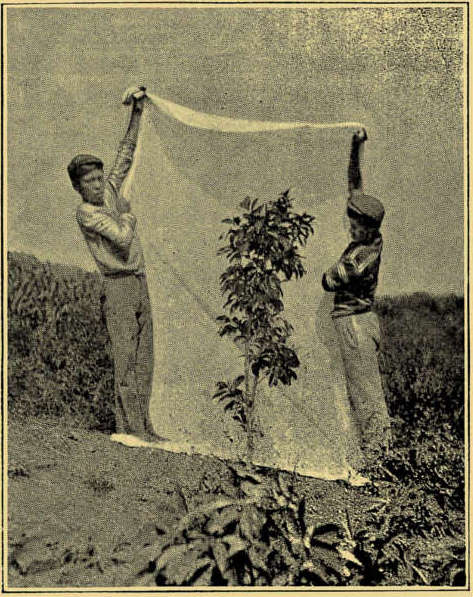 The thin intellectual dynamics of an "altered" science, due to the orientalistic vision of the Other widespread in the colonial France, unfolds through the research carried out by Arancio on the Jardin d’Agronomie Tropicale, located in Nogent-sur-Marne.

These gardens are closely related to the French colonialism : in 1907 hosted the colonial exhibition organized to provide visitors with a glaze on the life of the natives of the colonies, obtained by recreating, in appropriate national pavilions, their "typical environments." Currently, only a few buildings of these "environments" are preserved, although many resorts are still on site.

In addition, the grounds were designated to studying and agronomic experiments on different plant species, which led to the massive introduction of exotic flora in the French colonies. 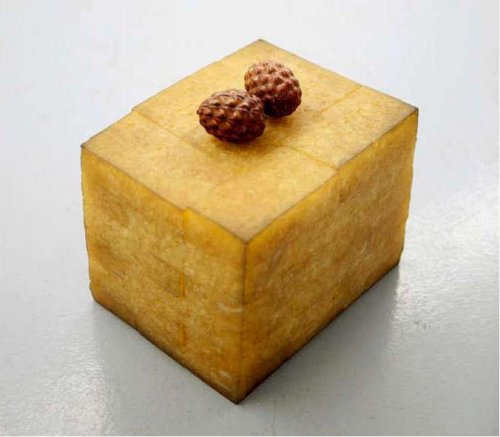 In the works created for the exhibition, Arancio on the one hand relates elements from the historical gardens archive with some works inspired by the same archival materials, « bringing to the surface a material that was otherwise hidden, creating a sort of reorganization of meanings, a collapse of hierarchy and time » (S. Arancio). On the other hand, however, he recreates part of the garden itself and of the greenhouses starting from a photo of the early Twentieth century and fills them with sculptures inspired by the plants in the image. 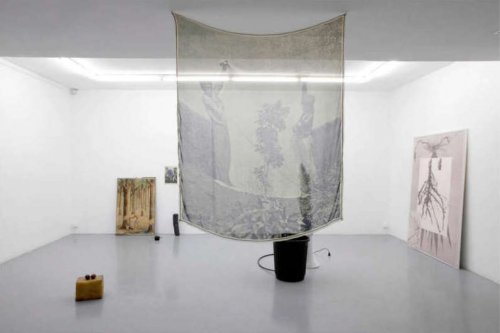 Reworking the illusion of a colonial exotic journey through far lands reconstructed in the gardens, Arancio creates a timeless environment, in which the past - offered by the archive material and images impregnated by the vision of Orientalistic view of the time - it is at the same time ended and present. 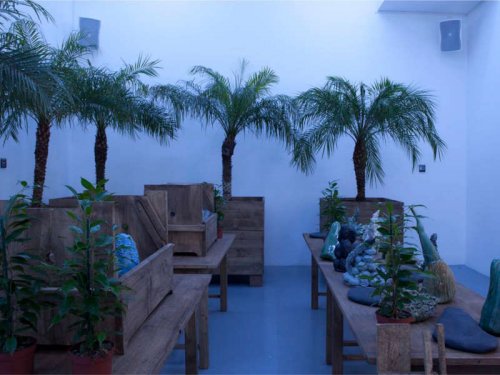 Ceramics, sculptures and prints and even a Super 8 video contribute to the creation of a single corpus, which on the one hand seeks to examine the connection between French colonialism and its influence in the changes of the colonial territories, and the other carries the viewer in a timeless environment halfway between fantasy and reality.

The evolution of the artist’s poetry will find new ways in the course of 2015, which is already full of projects such as the residence at Camden Arts Centre in London (currently in progress), where he devoted himself to the study of popular mythologies about the grotesque depiction of chinaware, a solo exhibition in France (May 2015) and two residences, respectively in Mexico and Spain.

[5] The collection of ornithology, with more than a thousand specimens, was assembled by Carlo Zaffagnini and his wife Augusta Bertocchi in the second half of the Nineteenth century and bequeathed to the Zoological Museum of the R. University of Bologna. See : Http ://www.forgottenbooks.com/readbook_text/Rivista_Italiana_DI_Ornitologia_1300007917/363, http://www.aves.it/biografie_ornitologi.htm and http://archive.org/stream/rivistaitalia35191420soci/rivistaitalia35191420soci_djvu.txt