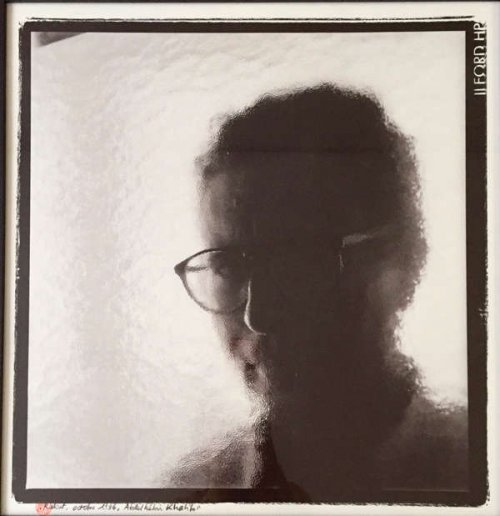 Humans are countless, and never do they seem as numerous as when the press into a museum, that so aptly named “home of the muses”. For don’t we all want her of ourselves, even before beginning to desire her, this muse we hope for like a gift from the gods ? She may be hidden there, behind a pillar or a door, ready to pounce on us an carry us off to the heavens delivered from our insipid fellow-creatures. Nothing can wipe this dream from the human mind, jus as nothing can stop the creeping fear that the dream might one day come true.

What would she be like ? Ravishing, no doubt, terrible, powerful and delicate, seemingly unfeeling yet fiery under her skin of paint or stone, impressive and beautiful, yes quite simply beautiful. Heartrendingly, terrifyingly, devastatingly beautiful.

There is something of an evil spell in beauty because it surpasses us while enveloping us, humbles us while ravishing us, troubles us while abandoning us. But fancy just sitting there, as lifeless as a pile of stones dumped there in hast ? Imagine becoming “that” ? An idea to be rejected as soon as it pops into your mind. No question of getting caught in that delicate, mild, smooth glue, so quick that it holds fast anything it envelops almost on contact. 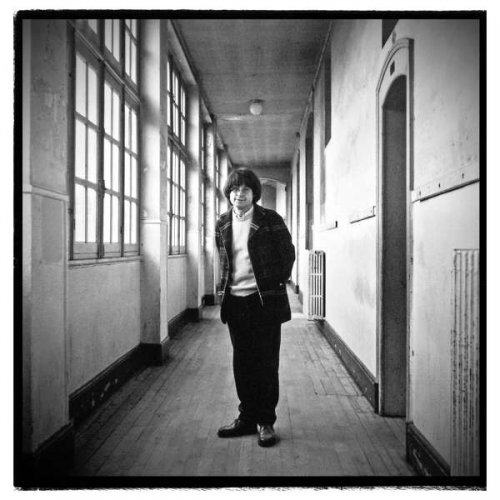 2- On the Threshold of Indifference

The rustle of a dress is less disturbing than those tactless whispers and voices raised to lecture some passing Pharisees. Yet, the expected rustle does not come and the incessant noises draw us out of ourselves. Photography, by abolishing sound, plunges us immediately into a silent world. It keeps nothing of noise but its strident contrasts. At the sight of those contrasts, it all floods back, the trapping feet, the squeaky rubber soles, the indistinct murmur of voices, throats being cleared, the grate of a zip. But the silence has slid inside us, a cold light that never goes out. Silence is the muse’s most marvellous gift, the most inaccessible and most dangerous as well. Silence, we too often forget, is more pregnant than a look. It is transparent mystery that surrounds a look like a dream.

And the muse is there, palpably there, changing shape, hovering in the near distance, haunting us like a demon on the wet road of absence. The muse is there, in a statue or an Olympia with translucent flesh tones.

The curve of that hip… That subtle colour, as rosy as a smile… That pearly grey speeding to devour the ochre tones of declining day… But no, it cannot be, cans it ? There cannot be such a presence, such sovereignty, such indifference towards us ! Yes, to us ! 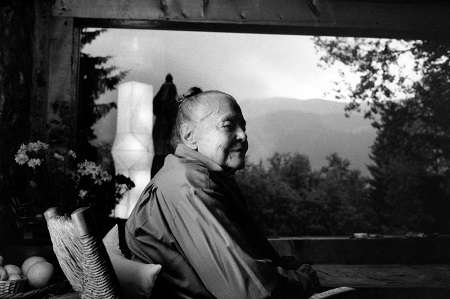 Meribel-Les-Allues, May 1998 Portrait of Charlotte Perriand, French architect and designer.

There are those who flee. They don’t exactly run but they hurry past. Pretending they have been there, that they have not yet left, pretending to be about to stay but going from room to room, with a quick sideways glance, another, and then on quite naturally from bend to bend, from door to corridor, towards the exit.

There are those who stay. They go slowly, more slowly still and sometimes stop altogether until a surge sweeps them on then leaves them to run aground again. And before they know it, the exit is there before them, throwing wide its arms ! Saved !

For it gets stuffy, somehow. Imperceptibly, our breathing grows shorter, more hesitant and uncertain. Our minds fog over. The muse who haunts us starts to suck up the air and leaves us struggling in a growing vacuum, a real absence of air that our vague gesticulations fill with nothingness. Perhaps we fainted ? 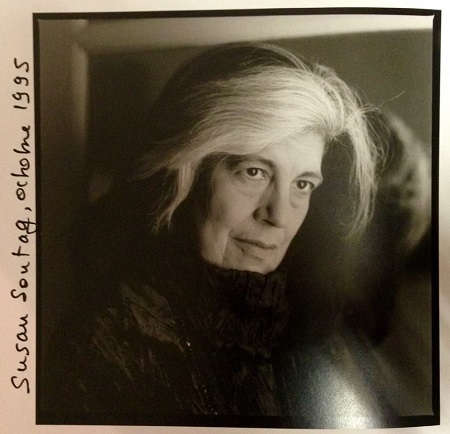 Perhaps we will not know until afterwards. For the moment, there is an impression of unexpected pleasure, freed of the tensions of desire, negotiating air pockets of jauntiness. Nothing has changed except the way we look at things. As if there were no longer any separation between her and us, as if in a complete reversal of perspective she had become us, or at least like us, or rather as if we had become like her. This state flux envelops our fears with a fragrant cloud of happiness and heightens our awareness to a rare degree of precision, raising our consciousness until our common destiny opens before us.

This delicate marriage is caught for us by the eye behind the camera.

The door that leads to the other side is open, there where the miracle becomes commonplace without losing its magic, there where life becomes as light as air without losing its solid curves. Then there is another door, too, which enables us to cross the thick layers of dream and takes us to that exquisite moment of barbaric eternity when we discover how she lives. In fact, we start to understand that it is for us that she takes myriad forms, for us that she turns into a statue, for us that she becomes flesh in a swirl of colour crossed by trails of transparency ; for us that she emerges in languid, seductive shapes which stand up to no gaze. And which no gaze can withstand.

So what we did not see before, we now discover. It slowly dawns on us. The muse looks at us too, but no allusion is ever made to her gaze. It is never shown either. Who could show it ? 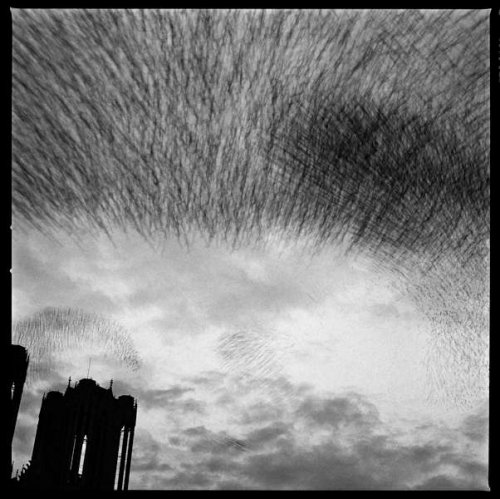 It is crazy how funny they are, how they strut along, looking as though they do not know what they are doing there. They are not much trouble, and then we do not hear them. Sometimes we get tired of them so then we close our eyes in our special way, turning them back to front, looking there where nobody every comes, into the night of expectation, into the entrails of desire, our desire, there where they cannot reach us.

Occasionally, they guess faintly that we sometimes fly off, swooping and dipping about, that we slip the leash to play, scare the children and laugh our silent, brittle laugh. There is something else that nobody knows about us, which is that we never stop breathing. But nobody can claim to have captured the least trace of our breath. Even when they cover us with a clear veil to see if a mist forms or, perverse breed dissatisfied with its lot, totting up its desires, when they try to suffocate us by wrapping us in thick cloths, they find no proof. That is why they want to keep our houses closed. As if they could find traces of what they do not dare admit to have dreamed of.

Because we breathe inside ourselves. And our breath, yes our breath, when it escapes, only reaches the chosen ones. They are then traversed by a wind of a density, a gentleness, an impalpable reality that they have never known before. We also know how to haunt the least figment of their imagination, and blacken their dreams with the smoke of our candles. We do not see those who look at us in the hope of laying hand on us. And those who see us have momentarily forgotten their desire for us. If we were to blow out without taking care, like great whales imprisoned within defenceless walls, something else would happen. Everyone would be seized with dementia and would start to think that they could do better than invent us. We have not yet resolved to do that to them !

That is why we choose carefully. And how do we choose them, we who seem frozen in the immobility of stone and suspicion ? With this floating gaze that nobody can see unless he has once felt the breeze of our breath brush over him. The gaze that nobody experiences unless he has understood that our breath and our gaze are one and the same. For, only he who sees can see us, and only he who sees can see. Our mystery lies in this circle which must not be broken in the hope of understanding it, but into which you must slip like a finger into the ring of promise, like sunshine into a pupil, like the eye of Gérard Rondeau in the viewfinder of a camera. 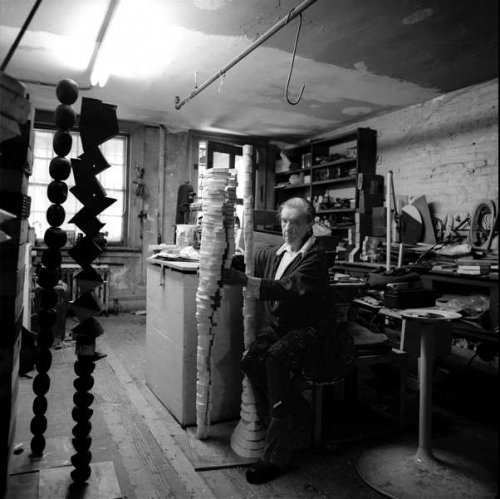 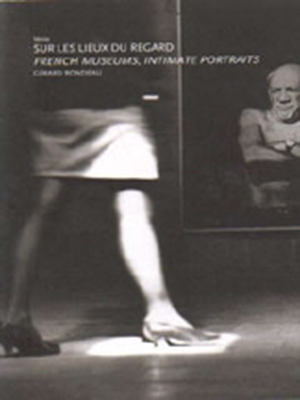