The line of anguish 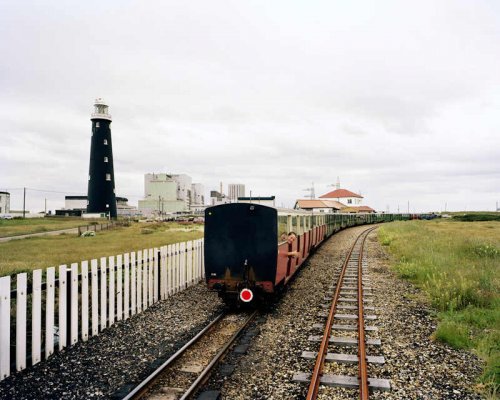 A line has run through the history of art since the beginning, both painful and invisible, it links our expectations and our fears on the inner screen of our indecisive brains. It is a line but also a fracture, a crack, a breach and the words we use to deal with anguish, the images we use to represent it are at the core of all creative process. A vertigo of potentiality, anguish is how we call our multifaceted human experience. It is however characterised by the absence of object which to focus on. It is somehow without a cause since it is precisely in the confrontation with this absence of potential cause for the existence of all things that it rises, both demonic and subservient. Anguish springs from the opening of a door onto the immeasurable from the very core of our bounded existence. Be it peopled with monsters or angels gliding on glorious skies, the immeasurable is both the source of and the screen of a projection of images, as haunting as our own shadows. As such, anguish is a process we have to call imaginary, even though a lot experience it in their bodies as a reality. Anguish is actually a genuine creative power generating imaginary worlds.

The immeasurable and the smallness

What the twentieth century implemented was the turning of the immeasurable into reality, which was unthinkable before. And we are not dealing here with the number of dead people lying in their graves, but with the forces that it enabled to raise. And if that century was able put them at our disposal, it mostly had to open Pandora’s box to do so. It turned out to contain all the dangers the myth announced. But the difference is that, in the twentieth century, the myth turned into reality. By using nuclear plants as a ’pattern’, the photographer and artist Jürgen Nefzger has chosen to face this mutation, this coming into being of the immeasurable, the incarnation of the imaginary into shapes which are quite sensible, somewhat trivial and yet monstrous.

The image overpowers words here in so far it captures several realities which are offered to our gaze and our conscience at the same time : Jürgen Nefzger actually thinks and makes his images out of the gap between some presumed monstrous power and a seemingly innocent smallness . He has literally taken hold of this irreversible mutation which has made the immeasurable become part of our lives on the one hand and of the utter smallness of our existence on the other hand. Smallness needs to be understood as Pascal understands it in his Pensées. "The whole visible world is only an imperceptible atom in the ample bosom of nature. No idea approaches it. We may enlarge our conceptions beyond all imaginable space, we only produce atoms in comparison with the reality of things. It is an infinite sphere, the centre of which is everywhere, the circumference nowhere. In short, it is the greatest sensible mark of the almighty power of God, that imagination loses itself in that thought."(Pascal, Pensée 72) But there is no god here, and the atoms have turned from metaphores into a ’tangible’ reality, though they have remained invisible. There’s the sore point where Jürgen Nefzger places his camera. There is the fracture he explores. For, as Pascal did before him, he shows us man. A monster is awaiting , stalking in the landscape and yet massively present and man looks as though he couldn’t see it for his absorbion in the pleasures of life.

What characterises great works is that they contain some reflection on what made them possible in their very ’subject’. Those photographs by Jürgen Nefzger do not only show the difference in potentiel which there is between a possible apocalypse, though kept at bay in concrete sarcophagi, and free human beings roaming about an inviting yet dangerous nature, as potentially contaminated, he also sets into relief the necessary and even vital blindness which is a the core of any gaze. To see is to frame and the invention of photography has merely given some sort of evidence as to the existence of this extracting process which is at work in our conscience. There is no way we can see ’all’, feel ’all’ experience ’all’. Our gaze is a mere window opening out onto the world and we only perceive some aspects of it. This does not entail that our brain could not potentially receive all the information. But our psychic equipment cannot embrace the hugeness of the danger and the infiniteness of the drama, as it is already so engrossed in the anxiety of being. By placing his camera in places where the concrete cathedral, like a stalking predator, seems to be ’looking’ at man, whereas man seems to be doing all he can not to see the monster born from the mating between his imagination and his reason, Jürgen Nefzger is conjuring up the very line of anguish running through man which he has never ceased to imprint on the backdrop of his dreams. We know however that what is being shown here is not a dream bur our present time which, from now on, will stretch until the end of times, the undefined moment of the time of the end, as Günther Anders names it. It is that very moment which Jürgen Nefzger knows how to disclose with the precision of a watchmaker, and if we were to retain one image only which might embody that time, it would be that in which a young beaming boy is waving at us from the carriage of the little train designed to convey happy holidaymakers. But how are we to know what he is trying to tell us by waving his hand ? Is it ’hello’ Is it ’goodbye’ ? At any rate it turns everything it cannot behold, what is behind it, into a setting for a ghost train. Indeed, as Jürgen Nefzger knows it, sees it, tells it and shows it to us, the world has become a huge theme park. There is however but one theme. Baudelaire had already recognised it and held it as a vice."He willingly would annihilate the earth / And with a yawn swallow the world / He is boredom - His eyes filled with an unwished-for tear, / He dreams of scaffolds while puffing at his hookah / You know him, reader, this exquisite monster / Hypocrite reader, my double, my brother. " (to the reader, in Flowers of Evil) Like an embodiment of our deliberately blind innocence, the little girl, as shown by Jürgen Nefzger, is turning us now into voyeurs and no longer readers. We still don’t know if ’seeing’ can soothe anguish more than ’reading’ or ’speaking’ can. At any rate, only photography can show in the same image, the power of dreams, the smiles of oblivion and the fatal dangers of a time which, as we pretend to believe it, might not pass.