the way I remember him

It was winter. There was where the subway was constructed. It was a photo I took of immigrant workers.

The color of the scarf wrapped around their neck was impressive. It was pink, yellow, blue, etc. It was uncommon to see the color in the underground construction site familiar gray and black. It caught my eye, and reminds me of where they lived. I just knew the place by book or a movie, picture. There was the unknown land to me. They had to leave the place where they were born, grew, loved and sometimes hated. They would have been lonely. So they unknowingly would have brought it without leaving the color of the place. Yeah, it was my mom. Like me, their colors would have been passed on to her. 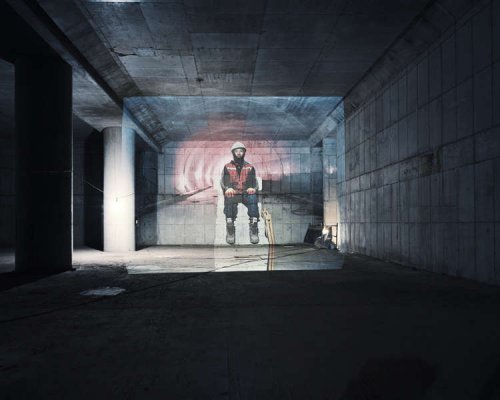 My mom always took me to wear colorful clothes. She was born on the island to go aboard and left there in her youth. She did not like the place. After graduating from elementary school, she had worked only there. By the way how she would acquire such a sense of color ? Did she imitate the other classes ? She persistently stuck to color. Mom’s dad was about to die. At that time I heard that mom’s dad had spent his youth in traditional music of Korea. He would have felt heavy. After liberation in 1945, youths were arrested there in confrontations left and right, and mom’s dad was also arrested. In 1950, he suffered a gunshot wound to the Korean War. The place was Jeolla-do where had been excluded by power. When she came into the city, mom inherited the genetic reasons and historical circumstances maybe when she came into the city unknowingly brought the color ? She would have been lonely. Also immigrant workers’ mom, mom’s dad of Immigrant workers shall inherit last inheritance for their children, while they were be suppressed by aggression and dictatorship and exploitation and prejudices

It was winter. There was where the subway was constructed. It was a photo I took of immigrant workers. I installed a digital beam projector in the place, and shot the photo images on a wall and pillars. When photo image was projected on the structure, it existed between characteristic of photo (index, having-been-there) and illusion like the first cave paintings. I again took a photo of scene projecting the photo image at the space they work. I name it to the underground museum. Then physical space become a sensual place carved remember.

In era of optical, in era of galloping landscape (dromology, Paul Virilio) I started the adventure again towards the first cave paintings. 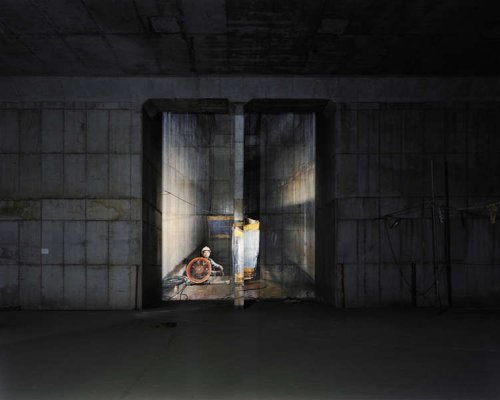