Making art is a patient questioning of materials and a sensitive listening to memoires, a constant playing with the distances (not so close, neither far) through a crystal glance and a tactful thought, a close relationship with places, permanent scents, evanescence of architectures, which are measures of life more than substance.

Making art is - in Ciro Vitale - an obstinate work of presence. 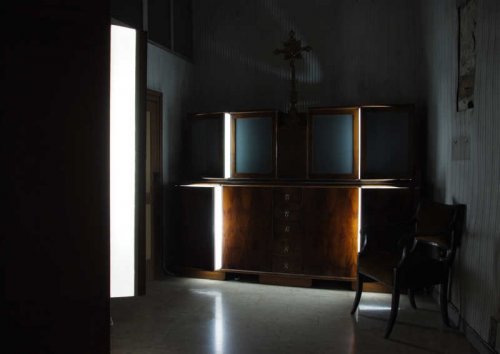 BorderLine (2009)
Technique : site-specific multimedia installation, wood, cotton, audio system, neon light and rose essence (view of the intervention carried out in the sacristy of the church of San Francesco in Scafati, Salerno).

A gentle but restless way of being present, with no fear of changing and converting the relationships between a still tradition and its consumed connections, that often take refuge in stereotypes and self-evident truths. 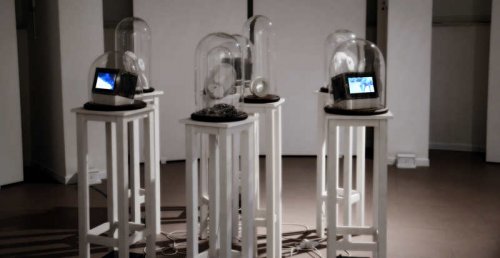 By the employment of different codes and media - such as video, photography, sound, writing, ready-made – and according to complex synaesthetic procedures of the history of art (before visual studies reaffirmed its concepts, in the early XXth century Dorfles talked about the mixed media nature of art as presence), in his work Vitale investigates the historical meaning of a place or a moment, through installations that do not flee from, but even look for, the decay caused by the passing of time. The artist’s aim is not to reach the truth – which is always the unsatisfied desire of the language – but to prove the sense, the efficacy, the ability to generate speeches and actions, to evoke the fractures on the plain communication surface in order to catch the “actual truth of things” - as Mario Perniola said. 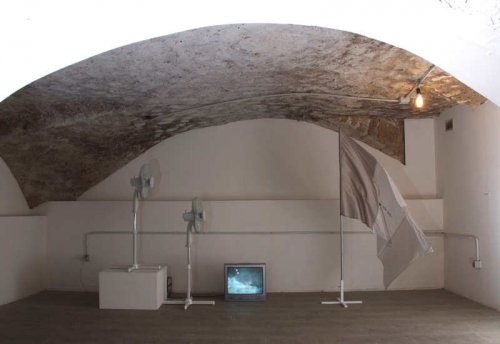 Between marginal and oblivious spaces of the history, passing through Scafati’s alleys or the traffic of Loreto Square with his presence, the artist performs and produces memoires. 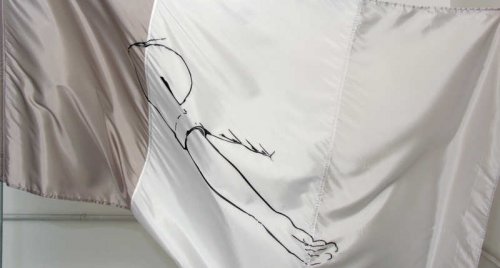 Mixed technique and unforeseen, yet wanted, encounters represent the main elements of Vitale’s investigation : the artist doesn’t care about the bare evidence, the discovery or the preservation of facts, he wants to give the facts partial judgement by the intervention of a political and aesthetical point of view. 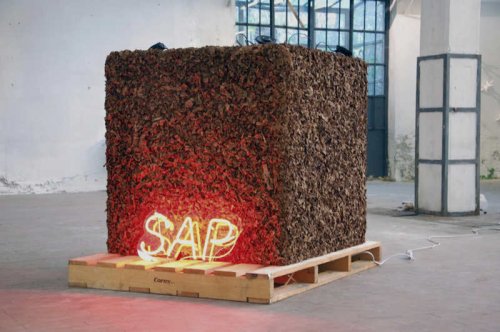 An example of this perspective is the work realized for Salerno “Door to Door – 1st ed.” in 2011. 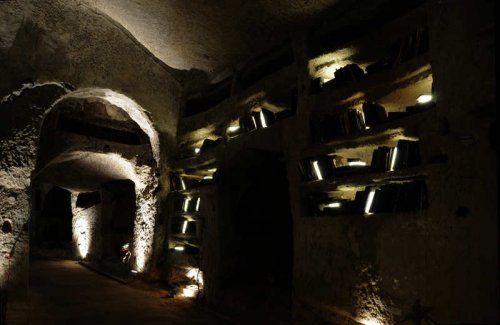 It consists of an installation projected and modified in situ, into the human and monumental space of the front door of an ancient building in the very center of the town, a place rich in signs of a glorious past but also full of contradictions of the present degradation, a wonderful den of heraldic symbols and drosses of unstable existences. In this place, quite safe from the gentrification, which almost compromised its features, Ciro Vitale operated by underlining the contradictions in order to strain its plural identity into individual and no longer common fragments : on one hand we can see the redemption of daily objects and symbols, now without its ordinary meaning, on the other, we can listen to the implacable voice of Mrs. Rita, the woman (who served as an accomplice to the installation) who lives and suffer in this front door. 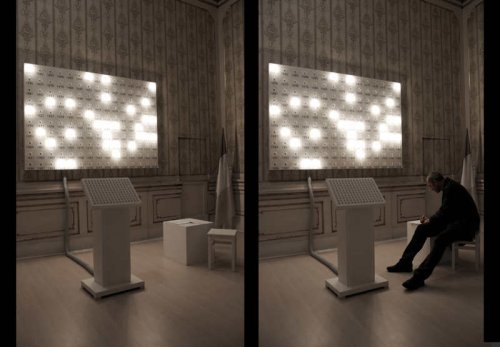 There’s not a story, not a narration : only fragments, intense fragments of noises and words carving the darkness, the same darkness in which the artist wrote a luminous text on the wall of the gate (an urban act, like Pompeii graffiti or New York tags), an unquestionable thought of Rousseau : “The inequality, almost non-existent in the state of nature, draws its strength and its increase by the development of our faculties and the progress of the human spirit and eventually it becomes stable and legitimate by the establishment of property and laws”. A firm, irrevocable and demanding declaration. More than a simple complaint, it represents a call for reflection – the darkness shows, the light hides - a need to re-think about our mental boundaries and coordinates, being aware that “the reality is not determined nor strong : it needs our protection” – as Hannah Arendt said.

And according to Ciro Vitale, the Art is called to protect it. 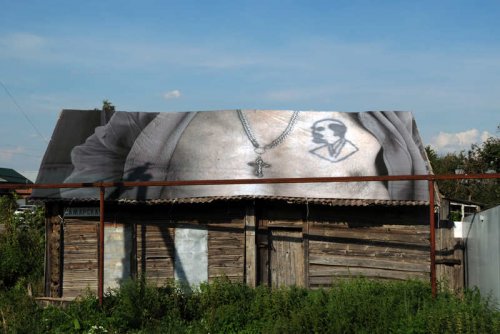 Ciro Vitale was born in Scafati (SA) in the year 1975. The Artist studied at Academy of Fine Art in Naples,