images from Israel and Gaza

Since its creation in 1948, the State of Israel has felt itself isolated and beset by enemies seeking its destruction.

Architecture of an Existential Threat

Since its creation in 1948, the State of Israel has felt itself isolated and beset by enemies seeking its destruction. This collective siege mentality is best expressed in the ubiquity of the thousands of bomb shelters found throughout the country. By law all Israelis are required to have access to a bomb shelter and rooms that can be sealed off in case of an unconventional weapons attack.

The shelters come in all shapes and sizes. Along with the more typical below-ground bomb shelters, there are underground parking garages that can be converted into nuclear-proof bunkers and hospitals able to accommodate thousands, entire schools encased in reinforced concrete with blast-proof windows, and small, one room “mamads” in private residences meant to withstand rockets and chemical and biological attacks. It is not unusual for bomb shelters to serve a dual purpose, such as dance studios, community centers, pubs, mosques, and synagogues.

For Jewish Israelis haunted by a history of exile and persecution, these shelters are the architecture of an existential threat – both real and perceived. These shelters embody both Israel’s resiliency as a nation, and its inability to come to terms with itself and with its neighbors in a volatile region. The photographs documenting these spaces offer a window into the collective mindset of the Israeli people, how they have normalized this “doomsday space” into their daily lives. 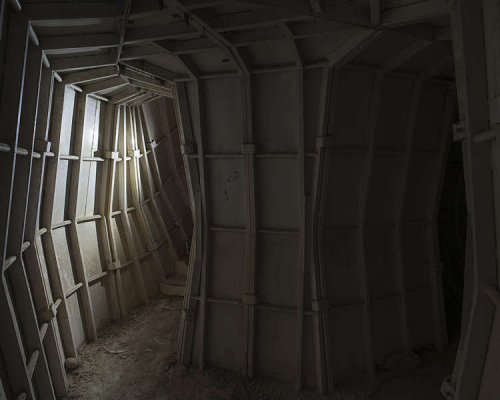 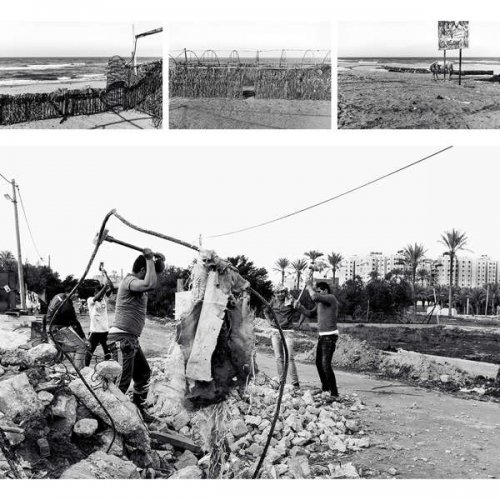 Along the Edge of the Strip

Coastal enclave. Terrorist state. Open-air prison. The Gaza Strip has become synonymous with conflict and despair. Since Hamas took over the tiny sliver of land from its secular rivals in a short, but violent internal struggle in 2007, war between Israel and Hamas has ravaged the land three times. By far the most destructive of these wars was the summer of 2014’s “Operation Protective Edge,” seven weeks of Israeli bombardment, Palestinian rocket fire, and ground fighting that resulted in nearly 40,000 tons of rubble and the deaths of over 2000 Palestinians in Gaza, the majority civilians.

Wedged between Israel’s Negev and Egypt’s Sinai deserts on one side and the Mediterranean Sea on the other, Gaza, overwhelmed by refugees, became the incubator for secular Palestinian nationalism following the creation of Israel in 1948, and the birthplace of militant Palestinian Islamism as the Israeli occupation became more and more entrenched after 1967. Today Gaza’s 1.8 million residents, 40% of whom live below the poverty line, find themselves isolated and cut off from the outside world due to a partial Israeli imposed land and sea blockade meant to cripple the Hamas regime.

Gaza’s picturesque coastline stretches for 25 miles along the Mediterranean’s warm waters yet belies a land and people under a chronic state of siege and destruction, teetering on the brink of a total collapse. Our idea of Gaza has been reinforced by the media’s often times disjointed dispatches of tit for tat violence that seemingly erupts from nowhere. Yet between the wars and amid the rubble live a people resigned to their fate, enduring nonetheless. 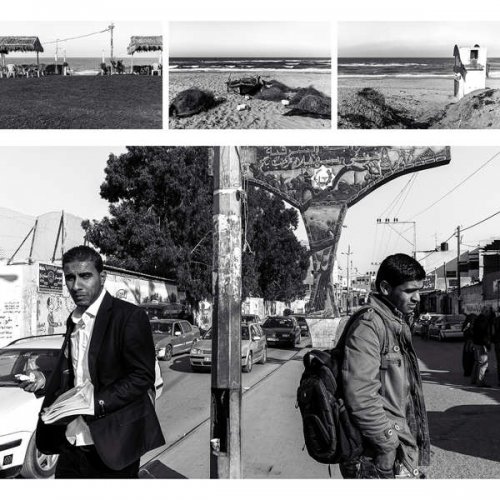