Politics of the face and the agency of the image

I had originally been struck by Alberto Korda’s photograph, el Guerrillero Heroico, when I saw it on the cover of the French magazine PHOTO in 1997 to commemorate the 30 year anniversary of Guevara’s assassination.

However, my curiosity was truly engaged after noticing how it appeared again and again around the world in dramatically different cultures, situations and times. Finally, after amassing over 400 images, I began to try to understand the phenomenon of this image’s transnational and trans-temporal persistence on a deeper level. Part of this exploration is visual as an attempt to hear the image speak. It is an exercise in witnessing.

Many questions arise about this face as it appears over and over, each time slightly differently and yet always participating and adding to a global collage while performing cultural and social work in each specific location. What does it DO ? What kinds of actions does the image authorize ? How is the image able to perform in so many different cultures ? 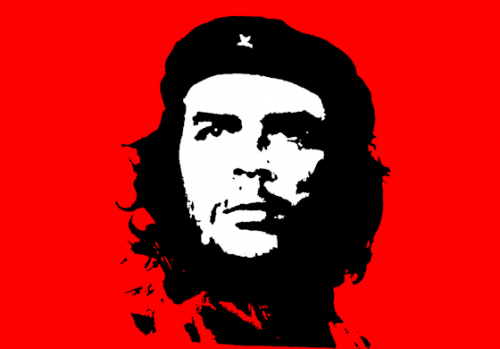