And to think about this I ask myself... what is the difference between photographing a living rabbit or a stuffed one ?

- What sparked your interest in photographing inside museums ? 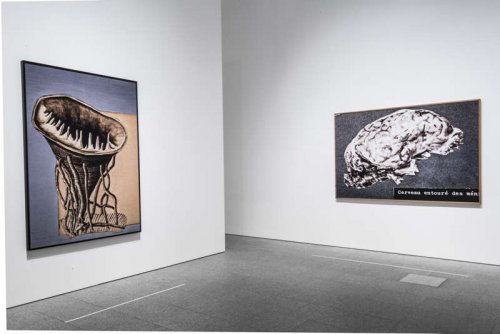 What I’m interested inside museums are the objects presented in a space of isolation and representation. And in this sense, besides a wide variety of types of museum, I have also visited zoos, aquariums and many research centres. In these places, the objects are not only very often presented for their specific relevance, but also for their potential to be represented as a type, genre or group. So they are objects which sometimes have dual roles, because they are both specific and generic. And I think that what most attracts me to these objects is something which has to do with their content... with the sense they acquire by passing through these stages of reduction and overlapping of meaning.

And to think about this I ask myself... what is the difference between photographing a living rabbit or a stuffed one ? And what is the difference between photographing a stuffed rabbit on the shelf of a museum and a stuffed walrus in a diorama (which is designed to look like a window) ? Everything in there is represented to receive the stuffed a walrus which the noble role of representing : itself. And what am I doing when instead of photographing the walrus I photograph just a small piece of the landscape painted at the back of its diorama ?

These kinds of questions are important not in order to understand the meaning of these objects (even less so a diorama), but rather to understand what the photographic process is about – which proposes not only a semantic displacement (because these are objects that become images, or even, as in the case of the landscapes, images that turn into other images). What happens then ? What is this process about ? That’s precisely what I’m seeking to understand when I photograph an image : because the “photography of something” by itselt determines in my opinion a semantic problem, it determines a further layer of representation and a further degree of separation from the real.

So at heart, these objects end up being a kind of study on the inherent meaning of an object and how photography subverts, or erases, or displaces this meaning. And despite the recurring nature of this strategy (of going to museums, zoos, and study centres) in my research these days, all of it is a result of my interest in language itself – and not in themes, subjects, narratives. Because I’m more interested in understand about the photography’s ability to corrupt or duplicate or forbid the meaning of something rather than anything else. So it is not about animals, or biology, or dioramas, or portraits, or landscapes, or museums but it is about researching language and, more specifically, photography. 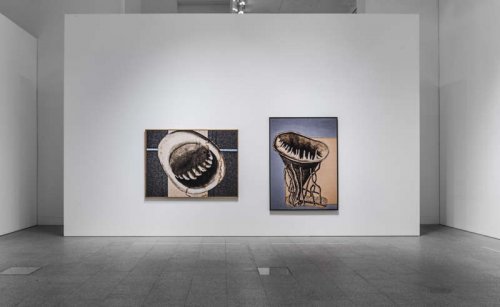 • How and why do you combine different types of images ? For instance, a picture of your sister with images of museum displays ?

In my work I try not to choose images because they are "about" something, I search for images that are something in itself (when I’m luck I find a hole, an interdiction, a blank, a problem). And the more I work the less I can answer questions that are in my head since I started to do photography such as : What is a photography ? What is an image ?

So I finally realized that since the beginning my works were not about answering a question, but about raising one.

And the process of configuring works in “an exhibition” is as important for me as the sense of each individual work. Each exhibition I do today is like an expanded strategy, a force field, a work. So it is not about “showing” works but rather about arranging content to constitute another layer of signification that goes beyond the individual sense of each work. And I’m not talking about “theme” but about the atempt of presenting, as an exhibition, a problem, a question, a complex equation.

Let me quote here the final part of an interview I gave years ago : “[...] I think my research always stems from a reflection on language, and on the absence of a sense ‘in itself’ of things, and on something when it is empty (despite the fact I sometimes think of the referent as a carcass). Increasingly, my works are structured by sets and strategies which are organised to constitute a subject. At the moment, there is no ‘conceptual thread’ organising what I do. In fact, my work has become increasingly ‘disorientated’. I make, collect, keep, look, think and at a given moment the works configure themselves, transform themselves into ‘an exhibition’. And the names point to this ; they are an important part of the amalgamation process. But in a certain way it is as if each configuration of works addresses the same problem with different questions. Before I used to think that my exhibitions (or series) were always a response to the reflections that the preceding series had provoked. It’s strange because, increasingly, I feel that I’ve always been doing the same thing. Just that, from exhibition to exhibition, all names change.”_ 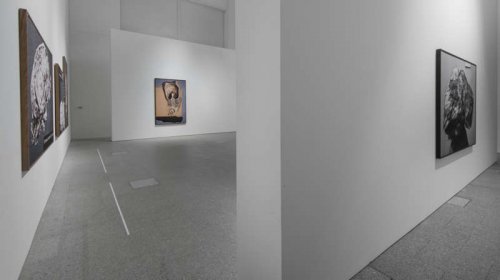 - You’ve mentioned that you don’t work in series. Why is this ?

Although part of the motive is already explained above, there is also a practical reason why I prefer to talk about the exhibitions sets rather then series : i have many cases where a specific image is presented over and over in different exhibitions sets, and in each context they present a distint conceptual role in relation to the group. Also this re-apresentation of works takes place when I find my self still trying to understand what is that image about, it is an unceasing search for the questioning that the image presents me.

Regardless, when I have groups of images that are more easily presented as a sole conjunt I have no problem calling them series.

- Did you study with anyone who greatly influenced you at São Paulo University ?

During college I had many great teachers, and one of those is Carlos Fajardo, an artist that understands the practice of teaching as a practice of exchanging knolege. So since that time untill now I meet him from time to time not only for us to discuss about my work but also to discuss about his.

- Why did you switch to photography ?

- Do you have any important shows coming up ? Have you finished your residency in Paris ?

Last year was a very busy moment for me, I did 14 exhibitions and although I was living betwenn São Paulo and Paris, at total I spent more time traveling than precisely in one of these two citys. So this year I decided to slow down and for now I’m dedicating myself to a project together with the mexiacan artist Theo Michael, to be presented in Los Angeles in a Gallery. In the second semester, althoug I’ll be living in Paris again, I’ll present a solo show on the museum Dragão do Mar at north of Brazil with the result of a local research about the paleontology and arqueology founds. There are others exhibitions but those two are the ones I’m mostly involved with at the moment. And my stay in Paris is not a precisely a residence but a long term project and it will continue. 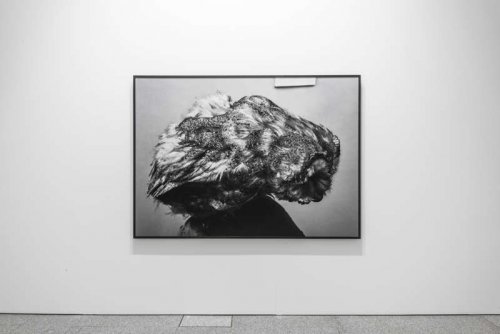