Like a mirror, our brain intuitively reflects others’ feelings and intentions. In other words, an observer has the capability to feel what other people feel. The discovery of these neurons has given scientific weight to the concept of human intuition and shows that the human brain is fundamentally geared towards social interaction. Humans are programmed to conflate the other with the self. Two or more brains can become a single interconnected process.

Since mirror neurons operate in a network of connections throughout several parts of the brain, different inputs of senses also affect to other senses. For example, a sound of an event can trigger visual and bodily responses in our brain. When we hear a sound of a woman screaming, we can visualize the situation, and our muscles react as a response. The audio information is translated into other types of information. This networked system of mirror neurons also includes language. According to recent scientific discoveries, the left ventral promoter cortex is responsible for both mirror neurons and language. What is more, the mirror neurons that are responsible for our motor system are also tightly connected to language. This means one can feel empathy toward the other through reading, and that our physiological responses might also be triggered through linguistic modes of communication.

With this in mind, I have started to consider how imagining someone else can affect the brain and the body, particularly through written or spoken words. This particular trajectory started when I was a graduate student at Carnegie Mellon University. I assisted my professor with a project called “Conflict Kitchen.” The art project is a take-out restaurant that serves the cuisines from countries with which the United States is in conflict. At the time, the project was focusing on North Korean food. I had an opportunity to conduct an interview with a North Korean defector who now lives in the United States. I heard her story about how she lost her family members while she escaped the country. Hearing about her sad story shook me deeply. My interest was no longer conceptual ; I felt severe pain.

Recently, I’ve developed a video project called “Empathic Audition” (2017). The project revisits the historical letter written by Lee Woo Geun, a South Korean student soldier during the Korean War. The letter was written a day before he was killed by the North Korean troops. The letter, which was meant to be sent to his mother, was discovered on his corpse. I hired a couple of actors and asked them to read the letter as if they were the student soldier during the war. While the actors imagined the severe situation of the war, an EEG machine scanned their brainwaves, revealing how empathy works when feeling the pain of the other. When the actors felt pain, their brainwaves were highly activated.

In the video, the actors read the letter, and each sentence is followed by a short sequence of pictures of the Korean War being projected on smoke. I chose smoke due to their very nature of ephemerality in relation to the concept of memory. A memory is an event of the past, but the memory stays around one’s mind even though it is not out there anymore. Sometimes big social memories like wars stay in people’s minds from generation to another generation, and they affect human behaviors. For me, I was born in 1984 which was almost 30 years after the Korean War. Since two Koreas are still divided, the trauma of the war still exists.

The video allows the viewer to see how the actors feel the pain of the solider. And the viewer is also able to feel the pain through the actors’ faces and voices. Like our social memories flow from one generation to another generation, the feeling of the student solider in the past is delivered to the present due to our capability of mirror neurons. 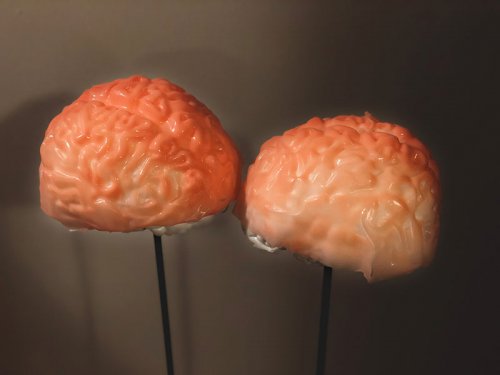 Mom ! I killed people. I killed about 10 people across a stone wall. I was with four other special forces. I threw out a bomb called grenade It killed them instantly. The explosion sound tore my eardrum. There are full of scary roar in my ears while I am writing this letter now. Mom. The enemy’s legs and arms were ripped apart. It was a very harsh death. Although they are enemies, they are also human beings. Furthermore, they are the same people, same blood, and the same language. I don’t know what to say. I feel heavy. Mom ! Why do we have war ? I need to let you know my suffering I have a terrifying thought. Right next to me, my classmates seem to be waiting for death, We are lying under the hot sun, waiting for the enemy’s attack. The enemy is silent. I do not know when they attack again. They are many. We are only 71 people. I am afraid what is going to happen. I feel a little calm because I feel I am talking to you. Mom, I want to go back to you when the war is over And call you "mom !" Yesterday, I washed my underwear with my hand. When I cleaned my underwear, I thought of two things. The clean underwear you washed for me and the not so clean underwear that I washed. But, my mother, I do not know why I thought about the shroud (寿衣) suddenly when I put on the underwear. The shroud for dead people. Mom ! I might die today. I do not think that the enemy will retreat leaving us alive. Mom, I am not afraid of death. I am afraid that I might not see you and brothers again. I will survive. I will come back alive. Why would I die ? I am not saying I would let my classmates die and survive alone. God will feel pity for us. Mom, I just feel relieved. Mom, I will survive and come back to you. Somehow, I want to eat lettuce-wrapped rice. And I want to drink the cold water of a small spring. Mom ! They are coming. I will write again. Mother, goodbye. Goodbye. No. Not goodbye, because I’ll write it again. Then, see you later.