Inventions in our culture appear and disappear over time. Think about music as an example. Digital audio formats, online streaming and cloud technology are our go-to’s in this genre.

Most Americans listen to music on our phones, even our watches. But just a couple decades, we were still purchasing CD’s, even cassette tapes to listen to music. But that’s ancient history. Remember the iPod ? The first iPhone was introduced on January 9, 2007. The Facebook was launched on February 4, 2004. These are both quite recent, groundbreaking cultural inventions, in that we seem to forget the world without them. Yet, history has shown that a new paradigm will replace this one.   A similar mentality might be applied to understanding the structures in what we call “the art world.” For instance, in the 70s, being represented by such New York galleries as Mary Boone, Nancy Hoffman, or OK Harris in Soho was almost everything. Today, we can hardly think about the art industry without La Biennale di Venezia, Documenta, the Gwangju Biennale, the Guggenheim Museum, the New Museum, Marian Goodman Gallery, Art Basel, e-flux, Artforum, Frieze magazine, Mousse Magazine, Sternberg Press, the Yale School of Art, and some others. They are tightly connected, operating together like toothed wheels. Yet, if we view them in through a wider temporal lens, these are, along with the iPhone and Facebook, all just systematic cultural inventions of our time. They were invented in the past and will disappear in the future. Art has existed over the course of humanity in different forms and purposes. With that in mind, we can ask following questions : Is our current gallery-based system in the art world sustainable ? What are the changes facing now that unsettle the foundation of our system ? How do neoliberal global capitalism and economic shifts reshape the power structure ? In this shifting art world, how can art educators create an environment for students to be prepared for what they will encounter in their careers as arts professionals ? In this article, I try not to articulate my thoughts clearly. Instead, I would rather spell out what immediate urgencies are in the mind.   Many artists and curators today claim that they no longer identify solely as an artist or a curator. Their roles have increasingly expanded and multiplied, so that the isolation of specialization in these fields no longer makes much sense. Artists, for example, while engaging in their practice are also researchers, publishers, organizers, fundraisers, activists, educators. They are required to be applicants (for grants and residencies), entrepreneurs (finding financial means for sustaining their careers) and public-relations experts (attending gallery openings and events to network and perpetuate their role in a community). Artists and curators are more like self-organized managers, having multiple tasks and linking abilities. For many, the scope of their awareness is not limited locally ; rather they are constantly mindful of what is going on in the global art industry.    Financial factors also come into play in the art world. Most M.F.A students pay a fortune for their education without any guarantee of a job available after graduating. If you are fortunate enough to have an exhibition in a city, most galleries and museums provide little financial support for their artists, and even for the most successful artists, the prospect of breaking even is slim. According to the BFAMFAPhD, out of 2 million arts graduates nationally, only 10 percent make their primary earnings as working artists. What is more, individual art spaces and artists become contributors to and victims of gentrification, losing access to spaces.   While the landscape may seem bleak, in this context many artists and independent curators find other ways to participate in conversations that take place in the art world. This means that an exhibition (broadly defined) is no longer the only platform to present their art Instead, artists and curators also present their thoughts and research through publications, podcasts, workshops, talks, and performances, to name a few. They produce and present not only art objects but also knowledge and experiences. “Artistic research” and “knowledge production” are one of the most used terms in the last 10 years in the art and curatorial world. Having an exhibition in a gallery space is now not the only option, but one of the many options available to present and share ideas. 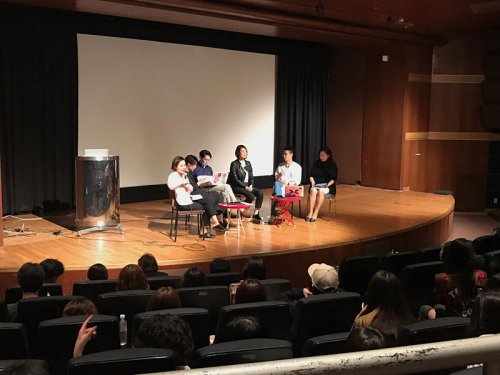 still image from the Curatorial Talk at Mindful Joint 2017 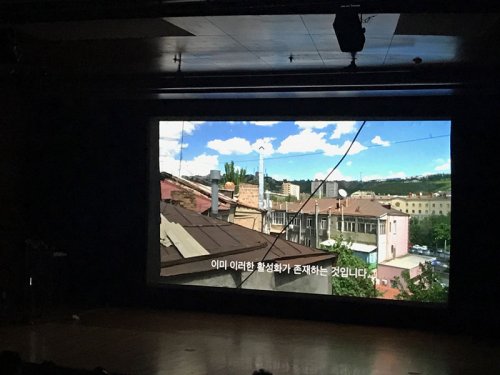 Recently, I organized a symposium titled Mindful Joint 2017 at Art Sonje Center in Seoul that reflects the issues and concerns hovering around the needs and desires for different ways to engage in the art world. The primary focus is how art practitioners form communities, sharing knowledge and experiences in order to generate new ideas and actions. Most innovative activities have formed through the networks of connections among cultures, areas of study, and different fields of knowledge. The tendency is not to have a hierarchy but to have meaningful exchanges and interactions. One of the symposium presenters, a lower Manhattan space called 16 Beaver Group (Ayreen Anastas and Rene Gabri), perfectly represents this shift towards non-hierarchical knowledge sharing against the market-saturated art world. Founded in 1999, it is a gathering place for creative exchange. On Mondays, they host a series of talks, lectures, and screenings that are open to the public and free of charge. Anyone can contribute to the events by sharing their thoughts with each other in an open forum. For 16 Beaver Group, human knowledge is cultural common to share with others. This contradicts the logic of neoliberal capitalism where people claim ownership and seek out monetary values for every exchange. 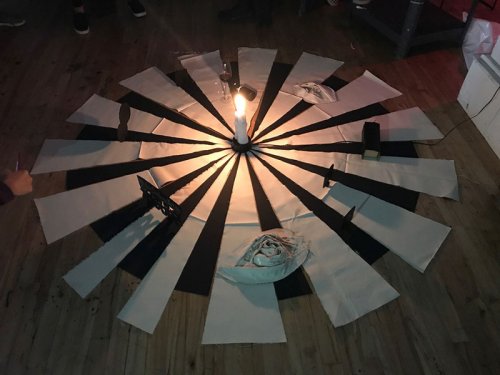 Art schools have also responded to the changing current of the art world. Art classes focus less on object or image making and instead try to focus on various types of post-studio and interdisciplinary practices. In the foundation courses I teach at the School of Visual Arts, I ask each student to choose a topic that is particularly motivating. Then, the student does intensive research to produce a presentation about the chosen topic. The other students ask questions or give comments on the delivered research presentation. Finally, students produce art based on their research. The student’s own research becomes a source of artistic inspiration, while also producing and sharing new knowledge. In this way, they teach each other. I stress students the importance of these processes, not the final outcomes. For example, Jie Zhao, a first-year design student at the School of Visual Arts from China, did research about contemporary mental illnesses among young Chinese people. During the research presentation, she shared actual cases with other American students and discussed together how art and design might be used to address the problems. In the end, this student created a ritualistic event with objects and sculpted candles that offered a meditative mood for everyone to ponder the issues. In the same class, Minahil N. Kasher did research on cultural prejudices on people’s appearances such as women wearing hijabs, men with tattoos, box braids hairstyle, etc. She conducted interviews with people, found actual violence in the past, and create a website for people to raise awareness about these issues. 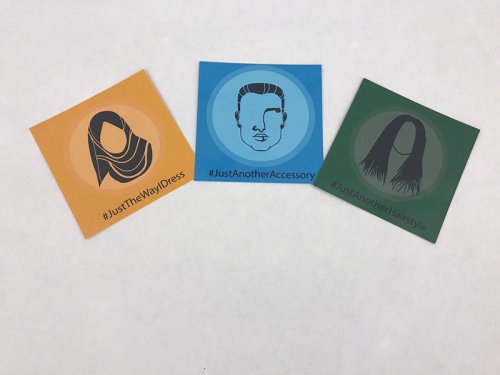 How can these students’ practices be promoted and circulated in the future ? Doesn’t our current system often instrumentalize works by young artists for institutional and curatorial justification by saying that they promote artists so that they must work for free ? Is our current system enough ? If not, what kinds of new systems can we imagine ? I do not have clear answers to the future. But I do feel that the current system of art cannot sustain the changing art world longer.   Jaewook Lee is an artist, writer, amateur scientist, semi-philosopher, and sometime curator. Lee is the founder and director of Mindful Joint (http://mindfuljoint.com), an annual symposium that focuses on non-hierarchical knowledge sharing in contemporary art. Lee is the recipient of awards such as the 4th SINAP (Sindoh Artist Support Program) and the SeMA Emerging Artists and Curators Supporting Program by Seoul Museum of Art. Lee has participated in exhibitions, talks, performances, and screenings at such venues as Art Sonje Center (2017), the Guggenheim Museum (2017), the Asia Culture Center (2016), the Seoul Museum of Art (2015), NURTUREart (2014), the Museo Juan Manuel Blanes (2014), and MANIFESTA 9 parallel event (2012), among others. Lee is currently a faculty member at the School of Visual Arts in New York City.