Fruits of various series or themes, the photographs of this exhibition offer a view in sequence. They ask and answer each other. They question the reality of history, globalization, the different connections that can be made between each subject.

Guillaume Dimanche works on photography in successive layers, it is similar to tectonics because he shots pictures in bursts and then he superimposes one on each other. His images can evoke some works of Francis Bacon that dig and stretch the subject to find the consistency, the nucleus in fusion, it is a descent into the depths of being. Marcel Proust thus proceeded, in the analyzes, on the personalities who surrounded him, the stratums and stratums, as in the Freudian analyzes which are superimposed and interpreted in the present of the past smugglers.

Guillaume Dimanche’s photographs are not linear, they do not tell stories in a time that unfolds like cinematography. As, they are perhaps closer to the reality of the spirit wich superimpose layers of life in a mille-feuille way, until they shirk.

In Guillaume Dimanche’s photographs there is a centrifugal movement catch the eye to the subject, the center of photography and the evanescent black participate in this aspiration. There is also a centripetal movement wich stretches the image and pushes it outward, makes it tremble to better grasp. The poetic interpretation of the subject photographed in its multiple shots, hundreds or thousands for a single image, as well as its formal stretching with its lines and its erasures of colors, allow to have a subjectivity related to the pictorial act, much more than the photographic act which is in the hic et nunc, in the seizure of the appropriate instant.

Guillaume Dimanche revives the spirit of things and beings in succession, it is a form of animism that seeks unity, looking above all for the soul of photographed subjects : « An intangible breath of harmony ». Lao Tzu ; Tao-tö-king, XLII - 6th century B-C. 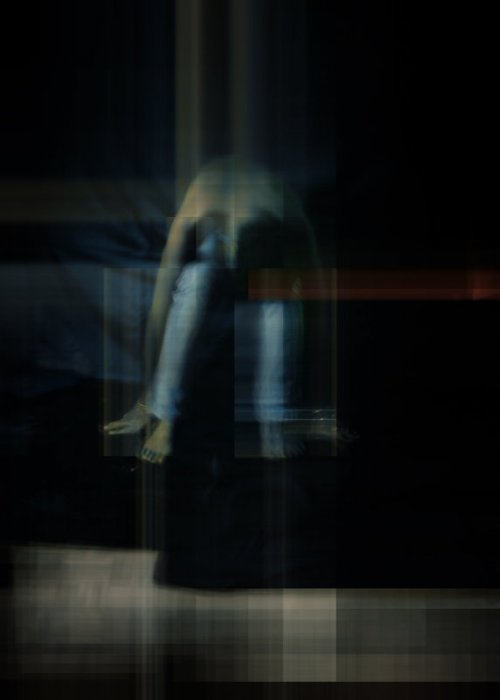 LOCATIONS, bilingual title since it can be read in both English and French, has a double meaning. It encourages to penetrate in the intimacy of the spectator to discover an agreement with the presented photographs. He poses a hypothesis of understanding the photographs, since they show a world in which humans are cut off from some of the most basic relationships. We build walls, we transform seas into dams, we reject members of our species. Our communication is fragmented, dissociated from a reality of weaving links. We have forgotten the passage of time, the ephemeral of life. Independently of each other, the topics are parts of independent series. The landscapes, the bodies, the still lifes, by juxtaposing these glances, lead us towards an extended approach, a complexified whole. The subjects are linked.

Landscapes are constructions. The artificial object, whether the emblem of a nation, the symbol of the birth of a society, the mark of the French capital, shows a sculpture, a sign of the power of man over nature . Or it is another brand, a firm, another symbol of organized purification. It is no longer a question of human, an old dream sometimes seeked, but of nature, the whole nature, of the whole and original composition. An enterprise of refining is a sanitization, a purification, total. The portraits would be those of beneficiaries of this power. Yet these white men are led in their freedoms, impoverished by the power of society, watched in their actions by consumption, industry, security. The black man fights for survival, chained for so long, bruised, tortured, submissive, renowned, he can only dream to leave for the hope of a breath of freedom. The body of the woman was dispossessed. He no longer belongs to her. Since when ? She is torn apart, enveloped by herself, sucked, vampirized by established and controlled dogmas. Abandoned on a raft, the blood flowing in them is pulsed, origin. The still lifes are what’s left of each one of us. Images and vanities. 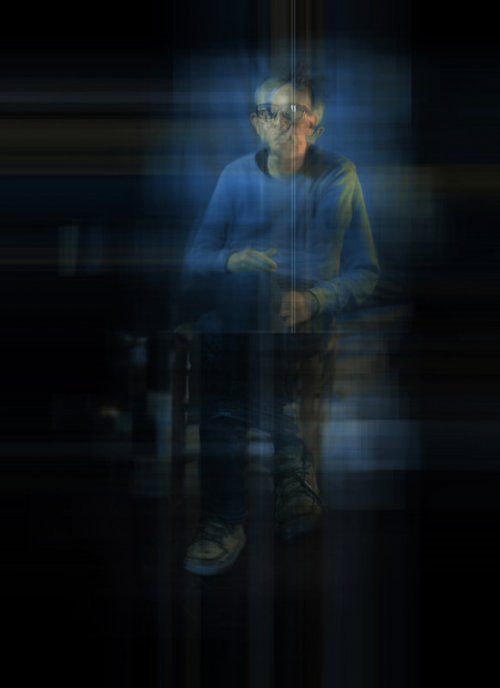