Without a central hub, the Liverpool Biennial 2016 consists of many venues across the city of Liverpool such as an old theater, supermarkets, restaurants, public squares, galleries, etc. With the Biennial guild map, you can start from any desired venue.

These multiple entry points allow you to construct slightly different experiences of not just the biennial, but also to acquire a street-level feel for the city. This kind of conceit seems reminiscent of the recent 14th Istanbul Biennial, which transformed various preexisting local spaces into art exhibitions. However, the Liverpool Biennial 2016 does not swap the activities of the local venues for art exhibits but cohabits with them. For example, a Chinatown supermarket is showing Ian Cheng’s artwork for the biennial while selling grocery items as usual. The supermarket owner expects you to be neither the audience nor the customer, but both at the same time. You can be the audience of the biennial, and a visitor of the city simultaneously. The experience of the audience happens in the intersection of two different social dimensions. In a conceptual innovation, the idea of the exhibition in this Biennial emerges on the blurred boundary between it and the rest of the world. 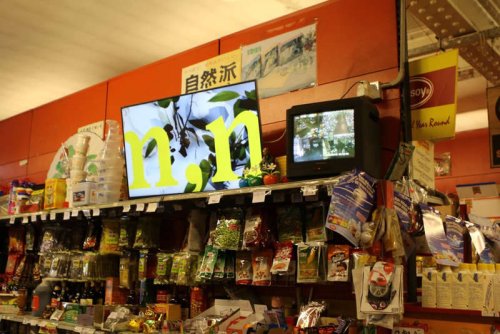 Ian Cheng, Something Thinking of You, 2015. Installation view at Hondo Chinese Supermarket

The Exhibition as a Living Thing

One of the Biennial venues is the ABC Cinema–an old abandoned movie theater that looks as if time has eaten the surface of the inward parts of the building : the orange and gold colored walls have fallen in and become porous. The porosity of the interior allows the “air” of the world to enter and metamorphose the interior. This year, art has flowed inside. After stepping into the dark entrance, you encounter multiple old video footages of people in everyday life, which are projected on the makeshift wooden panels scattered around the space. Some of them are playing in reverse as if time flows backward. Around the video screens, an inwardly curving curtain encompasses the space. Some parts of the curtain are translucent so that people can see other things through it. The flow of invisible currents of history circulates inside the old theater like the blood in the veins of our body. 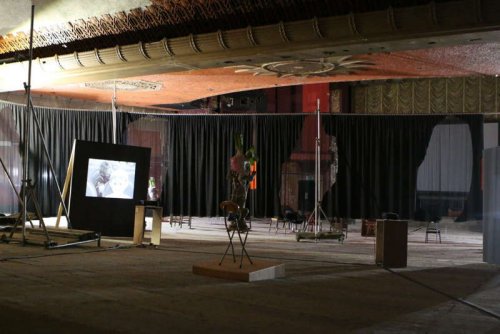 If you spend some time looking at the videos, they all suddenly stop playing and dim lights are gradually turned on. Then you see other objects that were once hidden in darkness, and a gentle male voice starts to flow through the space, generating a different atmosphere. It is the voice of artist Marcos Lutyens, who is known for the participatory performance called “the Hypnotic Show.” Mr. Lutyens’ voice invites people to enter a dream-like state, and the mind began to travel to a different world. The exhibition is dreaming. 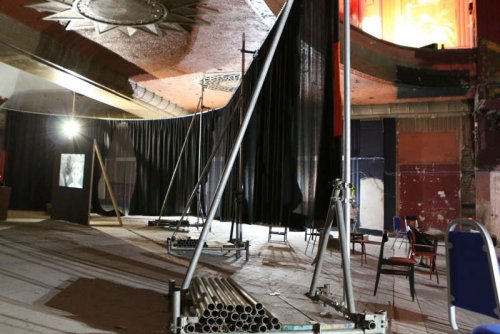 In Gains Brewery, artist Audry Cottin created a couple of round tables where you can create shapes and figures with dough, while a graphic artist records the process for posting online. According to Ms. Cottin, her work is a therapeutic method inspired by the psychoanalyst Carl Jung. The meaning of her work resonates with the psyche through physical interactions. Mindfulness arises through touching. Things, whether physical or psychological, are constantly moving and changing. 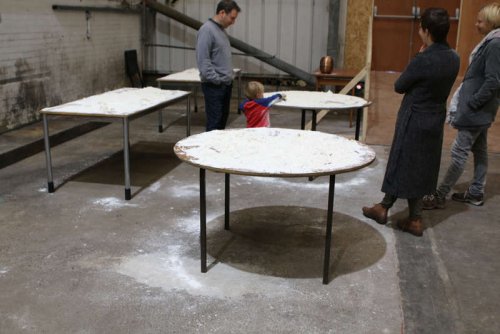 Beside the official exhibition venues, the Biennial guidebook also suggests visiting the lobby of the Adelphi Hotel as a place for simply getting inspired. The gigantic carpet with black and bright yellow patterns, and the smell of the English black tea deliver a hallucinatory experience. Artist Elena Narbutaite might have been inspired by this kind of magical moment. For the Biennial, she created tiger and leopard-print swimsuits as a signifier of interspecies transformation. Ms. Narbutaite also conducted a performance with the swimsuits in the Adelphi Hotel. The documented photographs of the performance are hung on the walls of a local Chinese restaurant called “Mr. Chili Restaurant.” You imagine Ms. Narbutaite’s performance in the middle of delicious Sichuan dishes. The Chinese sensitivity and the old European hotel merge in the mind of the audience. 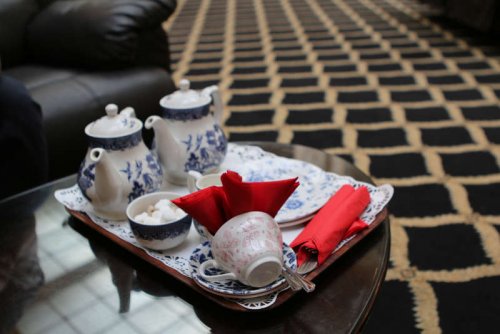 The Lobby of the Adelphi Hotel 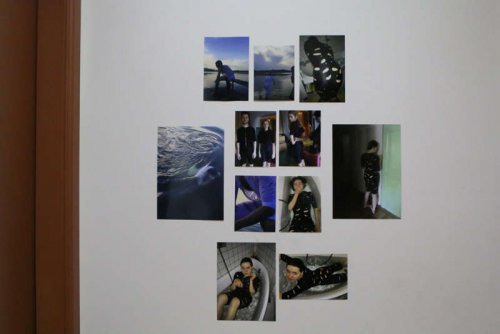 Spectacles are what people usually expect to see in large-scale art biennials. However, in the Liverpool Biennial 2016, some artworks do not insist on a strong presence. These artworks simply sit naturally in the exhibition like spoons or forks in a dinner table. You don’t give any special attention to them because they appear “homely.” Artist Jason Dodge placed small items like wrappers, cigarette butts, leaves, and litter on the floors of exhibition spaces as if someone had accidently dropped them. They are too ordinary to be recognized as belonging to the category of “art objects.” However, the placement of theses items among all the other artworks silently insists on their object-hood. The coordinate of signifiers that constitutes these items is constantly switching its position between art and trash—or perhaps these objects may be insisting that they do not want to belong to any social categories : they want to be just what they are, as they are. 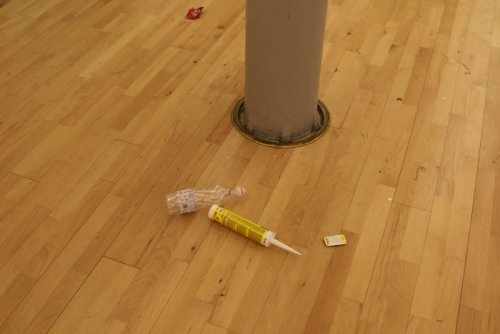