This series of photos depicts the everyday life in the modern world - repetitive, routine, yet with slight differences. It begins with the scene of an initiating train station and ends with a terminus coach yard, thus creates a loop of the day-after-day routines.

Along the dimension of time, I place myself into a repetitive rhythm, just like office workers : every single day at the same time, I go back to the same spot in the same train station. With the same framing, I limit myself to one exposure per day, on the exact same piece of film ; accumulating day after day, to complete one single multi-exposure photograph. In the dimension of space, I multi-expose different aisles of different supermarkets on one single frame. The repeating process in different dimensions has various meanings, each difference also repeatedly differs from other differences, nesting layers of daily stories within stories. 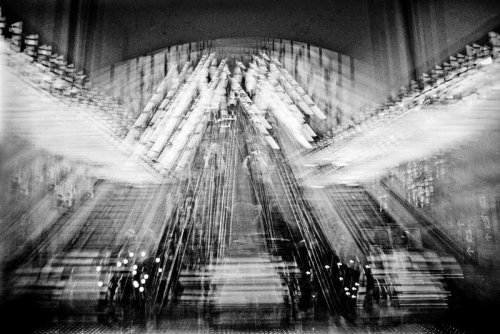 Repeat the differences, and differentiate the repetitions ; it’s a recursive process of constructing itself within itself. Exploring the boundaries between illusional realities and realistic illusions, it’s like standing between two mirrors : reality/illusion, free will/discipline, order/chaos, conscious/subconscious … Who is making decisions and choices ? Who’s pulling the strings ? What’s the power structure above all this ? What has been created ? What’s disappeared ? In the end, what remains ? 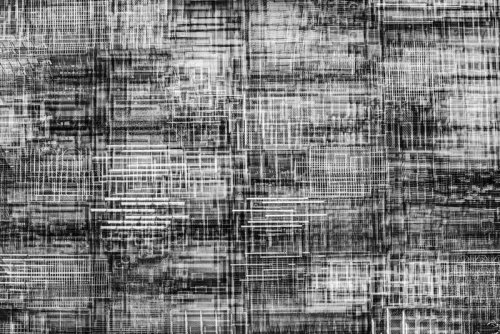