DMZ stands for The Korean Demilitarized Zone between South Korea and North Korea. The zone, which lasts 160 miles long, divides the Korean Peninsula into roughly two in half. It was designated as a result of the Armistice Agreement between two Koreas right after the Korean War in 1953. Since then, the two Koreas have stayed in separation, confronting with each other.

The DMZ is a paradox. It is both extremely political and very natural. Unlike the name it sounds, the areas right beyond the DMZ are heavily guarded by the armies of each side. The Zone itself is the only place that is demilitarized. Every male in South Korea has to serve in the military for two years. Many of them spend two years around the DMZ. The potential threat resides deeply in the mind of people. However, since no human activities have been allowed for the last 70 years, nature inside the area is well preserved. The biodiversity is rich. This unique post-Korean War condition has influenced many Korean artists.

SAMUSO : Space For Contemporary Art is a South Korean curatorial office working in tandem with Art Sonje Center in Seoul. They have organized a series of exhibitions, public events, and lectures called “Real DMZ” nearby the DMZ since 2012. They invited local and international artists to stay in the local area to produce site-specific artworks, addressing the issues around the DMZ. This year, the same curators, including Sunjung Kim, Keum Hyun Han, and Hae Joo Kim, among others, created a large-scale group exhibition called “DMZ” in Culture Station Seoul 284, bringing together artists, architects, documentary photographers, designers, scientists, botanists, and scholars as a result of years of their research.

The DMZ show isn’t simple. The curators take various angles, looking at the complex nature of the DMZ. The exhibition has five subtopics, including the current and past military presence, the speculative future, soldiers’ and people’s lives, the landscape, and the bio-environment of the DMZ. These different elements are tightly intermingled like a complex symbiotic entity. The viewers experience both the beautiful landscapes, the military presence, and biodiversity all at the same time. The compound feeling that the viewers get in the exhibition is an emergent property from manifold features, coming together as a whole. 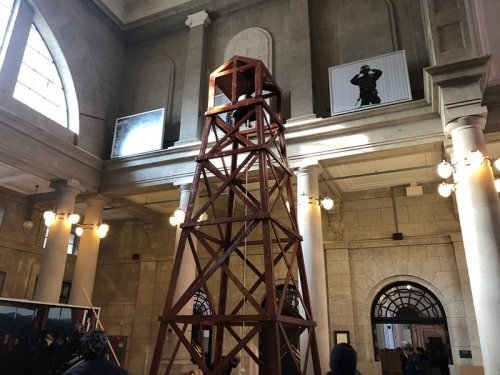 At the entrance, a large wooden watchtower first invites the viewers. Watchtowers are commonly found around the DMZ as the soldiers guard the border. They are symbols of security. However, inside the tower in the gallery, a metal bell is hung from the top. Artist Kyuchul Ahn created the bell made out of the melted metal from the demolished wire fences of the DMZ. The artist ringed the bell at the opening ceremony, wishing for a symbolic transformation of the metal from the military security to a peaceful and welcoming sound. 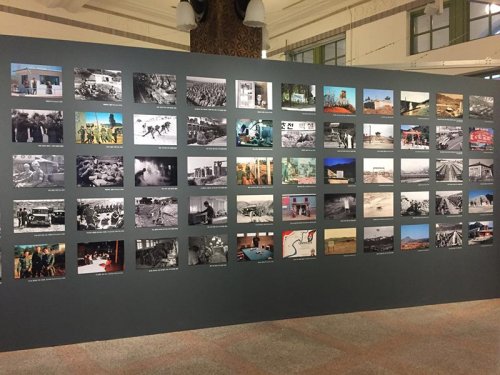 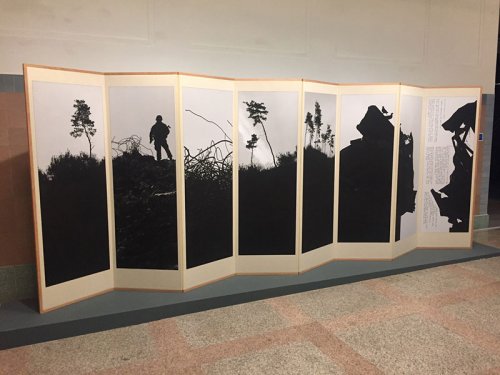 On the other side of the archival pictures, Photographer NOH Suntag created a picture that resembles a traditional Korean folding screen. A traditional Korean folding screen is an ink-painting, depicting combinations of birds and flowers. However, Mr. NOH’s picture contains a soldier standing in nature, presenting a typical post-war South Korean landscape. He took this picture in Nam-poongri in Anseong, Gyeonggi-do where he currently lives. Nam-poongri is not the DMZ. Not even adjacent. Although the picture is taken in a different location, he claims that he found a similarity between the DMZ and Nam-poongri–the military presence in nature. This unique combination of nature and soldiers is present not only around the border but most places in Korea. 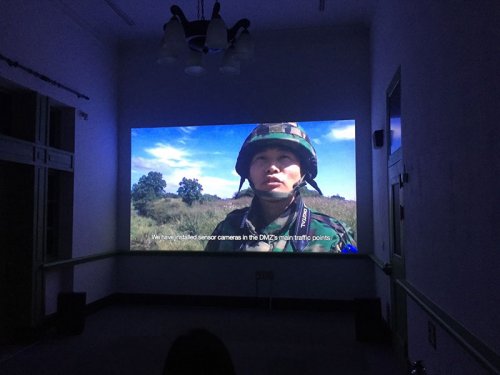 Artist Yang Ah Ham conducted a series of interviews that reveal the irony of the DMZ–the unique relationship between ecology and warfare. She interviewed soldiers, scientists, environmentalists, and local people, discussing the DMZ’s unique ecology and biodiversity. Ham offers the viewers an alternative viewpoint as they learn the ecological features of the area which are often marginalized by the active military and political news. 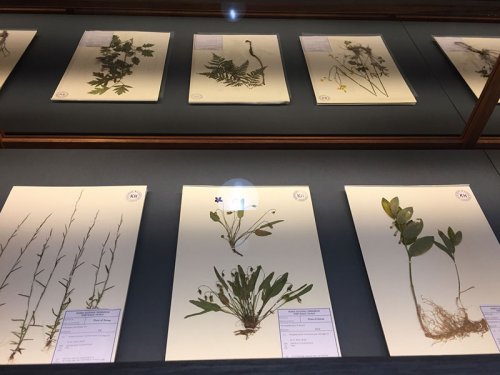 In the West Hallway, a collection of dried plants discovered in the DMZ are displayed. Each plant has a unique shape and name. This section shows the bio-environment of the DMZ, focusing on the rich ecological value of the area. These beautiful plants offer us fresh air and take us away from the dark political and military atmosphere. 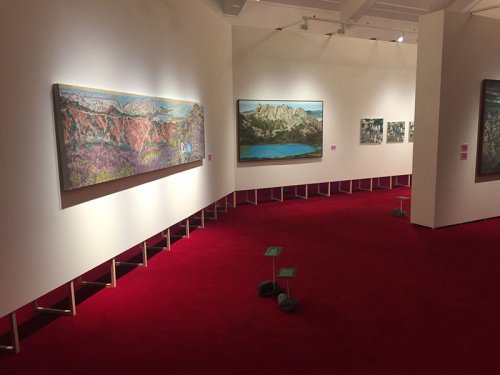 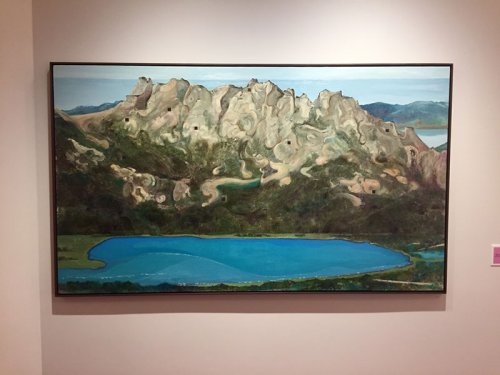 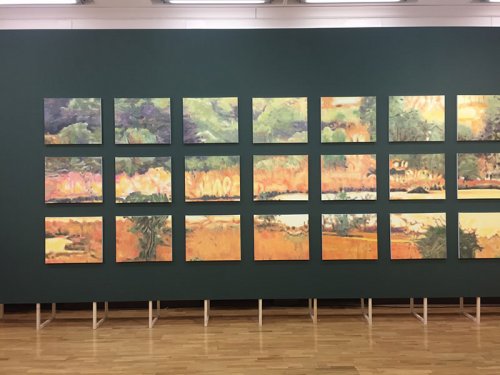 On the second floor, there is a room of paintings. The paintings are beautiful landscapes at first. The landscape paintings do not say anything but the grand beauty of nature. However, as the viewers easily “see” the invisible political and military presence that is hidden in these landscapes. The context enters into the conversation and changes the viewers’ perspective. 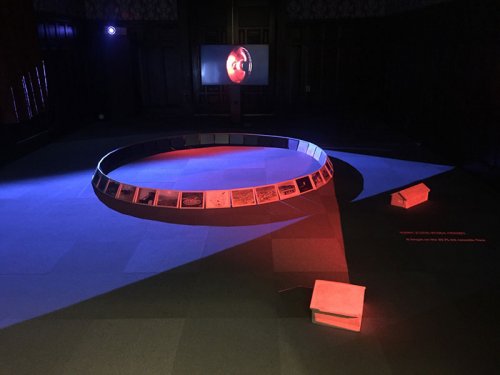 Today, many international biennials and large-scale exhibitions around the world show similar patterns in term of their topics such as Post-Internet Art, Anthropocene, Object-Oriented Ontology, and Social Practice, among others. However, unlike any other exhibitions and intellectual conversations that are taking place around the world, the DMZ show is unique because it is only possible in the context of modern Korean history, and the quality is high. Therefore, I argue that this ground-breaking group show is one of the most important exhibitions in the 21st century.