A Year of Days

In Kevin O Mooney’s one hour multi-screen video installation, 366247-2012, life as he/we know it, becomes the center of attention for the viewer ; more specifically, his life.

During the course of the hour that flies by as quickly as life does, the audience watches Mooney go about his daily business, brushing his teeth, ordering lunch, and driving. That we readily identify with these activities ties us to the action, which is also peppered with many less quotidian activities that are specific to Mooney ; attending art openings or flirting with someone in a bar. The former sets up a sort of collective experiential consciousness, and the latter becomes part of that narrative. Very brief glimpses of television news become secondary and are made inconsequential in comparison to the everyday life of Kevin O Mooney. Mooney gives us the touchstone of brushing his teeth each of the 365 days. This is the only physical portrait we have of the artist himself, although we come to know him intimately through experiencing his life, as it seems, every minute. There are clocks, a variety of analogue and digital, showing the march of time, which in fast-motion is more of a sprint. And yet there is a kind of animal comfort in the vertiginous rhythm and prosaic repetition of Mooney’s days, a predictability that tells us that everything will be alright, give or take a traumatic frame or two. An extensive and thoughtful soundtrack, composed by Melody Eötvös, at first echoes the speed at which life passes, at around 8 minutes in, slows to almost a calm heartbeat rhythm, only to pick up again after about 60 seconds’ respite, to its former mechanical, repetitive essence. At around 11 minutes, the mechanical settles into a sort of lounge chill tempo, as repetitive as house music, all adding to the impression that she is writing a continual crescendo of one man’s life. As in all lives, there are highs, there are lows, and Eötvös captures both this ebb and flow and the repetitive equivalent of the film Groundhog Day with style and substance. 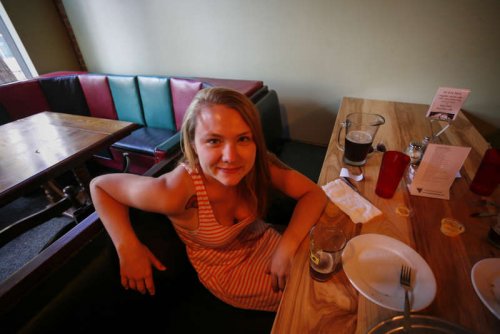 A ginger cat makes frequent appearances, and nature, though sparse, does turn up now and then, reminding us that life forms other than that of the artist do exist, and that it is indeed not all about him. And too, the visual manifestation of the various clocks reminds us that no matter the external and internal turmoil of life, it does, indeed, go on. Kevin O Mooney continues to, with minor blips in the road, go about the business of living life on earth.

Around 45 minutes in, life takes a turn, veering into less repetitive territory as Mooney’s life shifts to a new form of routine ; his father, we understand, is ill, dying, and the new order of things is far more driving, more coffee, fast food, and all the activities of devoted hospital visits. Eötvös’ soundtrack shifts, folding in the voices of a celestial choir. We feel time is slowing, or that Mooney wishes it could slow, giving him more of the precious ordinary moments and less of the loss he’s feeling. As we go through the death, funeral, and wake with the artist, we come to feel his loss –after all, we have been with Mooney for almost a year in stop-motion time, and have invested nearly an hour of our own time in him and his art. The action appears on less and less screens as the end nears, a group of costumed figures appear in a bar, and at 59 seconds, a mask of death grins at us threateningly, reminding us of both the presence and absence of time. As we come to the final scene, now on a single screen, Mooney goes home. Alone. We are born alone and we die alone, bringing to mind a quote from the Dalai Lama, Let us try to recognize the precious nature of each day. Kevin O Mooney has given the viewer the gift of a year of days, but ultimately it is we who must choose how to live our own. 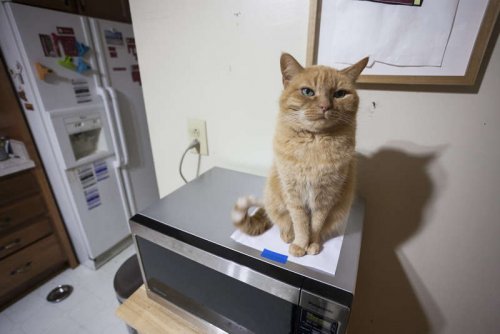